by The Lagos Today
in World News, Politics
8 min read
0
0 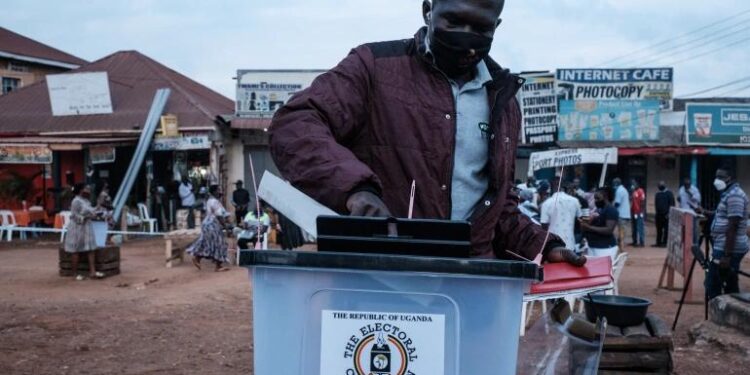 The run-up to Thursday’s vote was plagued by the worst political violence in years, with more than 50 people killed by security forces amid crackdowns on opposition rallies, as well as the repeated intimidation and arrest of opposition figures. Police say their actions are necessary to ensure compliance with COVID-19 restrictions.

Internet access has been cut off, and there are fears of unrest as security forces try to stop supporters of leading opposition challenger Bobi Wine from monitoring polling stations.

At polling stations in Kampala visited by Al Jazeera, voting began more than 60 minutes late after election materials did not arrive on time.

Museveni, who has wielded power since 1986, is seeking a sixth term against a stiff challenge from Bobi Wine, whose popularity among a youthful population has rattled the 76-year-old former rebel leader. Nine other challengers are also trying to unseat Museveni.

More than 18 million people have registered to take part in the polls. A candidate must win more than 50 percent to avoid a runoff vote. The vote count will begin when polls close at 4pm (13:00 GMT) and results are expected within 48 hours. Parliamentary polls are also being held.

Welcome to Al Jazeera’s coverage of the election in Uganda. This is Hamza Mohamed.15 mins ago (08:00 GMT)

Bobi Wine cast his ballot at Freedom Square polling station in Wakiso district, Kampala shortly after 11am (0800 GMT). He was greeted by jubilant supporters as he arrived at the voting centre.

“When he arrived, things stopped,” said Al Jazeera’s Catherine Wambua-Soi, reporting from the polling station said. “There was so much commotion, people were cheering him.”26 mins ago (07:49 GMT)

In a first-hand account published by Foreign Affairs on the eve of the elections, Bobi Wine described the vote as a “pivotal” moment for Uganda and expressed hope that the international community would follow the polls closely.

“International attention matters now more than ever. Indeed, it is what has kept me and my colleagues alive up to this point. If Museveni steals another election on Thursday, we hope that good people of conscience around the world will hold him and this regime accountable,” he wrote.

The United States on Wednesday cancelled its observation of the presidential election because most of its accreditation requests were denied and said the vote would lack accountability and transparency.

Commenting on the news, Museveni’s spokesman Don Wanyama said he could not remember when Uganda last sent monitors to the US.

Still, the announcement adds to a growing chorus of concern over the credibility of the election.

The European Union said on Tuesday that the electoral process had been seriously tarnished by the excessive use of force and its offer to deploy a small team of electoral experts was not taken up.

A coalition representing hundreds of Ugandan civil society organisations said it had filed 1,900 accreditation requests but only 10 had been granted.

Meanwhile, regional bodies such as the Intergovernmental Authority on Development and the East African Community have sent observer missions.

No incidents of violence were reported by 9:30am (06:30 GMT), while the typically bustling roads in Kampala were quiet.

“The numbers aren’t yet big because people were not sure what will happen at the station given the tension and message that there would be violence,” said Kamwebaze Elvin, an election worker at New Planet Primary School polling station.

He said expected more voters to show up now that ballot papers had been delivered.

A 31-year-old motorcycle taxi driver waiting to vote, Muhamad Barugahare, said Museveni was the only one who could guarantee peace.

“We don’t want to gamble with this young man,” he told Reuters news agency, referring to Bobi Wine.

President Yoweri Museveni, 76, is facing a strong challenge from Bobi Wine in his bid to extend his 35-year reign.

In 2005, Uganda’s ruling-party-dominated parliament removed presidential term limits. And in 2017, lawmakers scrapped the age limit of 75 for presidential candidates in a move slammed by critics as designed to pave the way for Museveni to be president for life.

Since entering politics in 2017, Bobi Wine has been arrested multiple times on various charges but has never been convicted.

In recent weeks, security forces have violently dispersed his rallies with tear gas and rubber bullets, while a number of opposition figures have been arrested and journalists attacked.

Four things to know about Uganda

As voting continues, here are four things to know about the landlocked East African country.

Long lines of voters snaked into the distance in the capital, Kampala amid tight security.

In Kamwokya slum, where Bobi Wine grew up, voters streamed in to a polling station as police tried to keep physical distancing.

“I am here to change the leadership of this nation because for years they’ve been telling me they will secure my future. They have not done that,” said driver Joseph Nsuduga, 30, one of the first in line to vote.

“I need to see change for my children. People are yearning for change but we are seeing nothing,” he told AFP news agency.

Who is Bobi Wine?

Bobi Wine, whose real name is Robert Kyagulanyi Ssentamu, grew up in Kamwokya, a slum in the centre of Kampala, with dozens of siblings and half-siblings. Before his entry into politics, Bobi Wine was a self-styled “ghetto president”.

It was in Kamwokya where he began making music, producing a number of reggae, pop and hip hop hits. But his music became increasingly political over time.

In songs such as Rise Up and Freedom, he complained about corruption and called for change. And in 2017, Bobi Wine was elected as an independent MP for Kyadondo East, winning by a landslide.

Ugandans began voting under heavy security and an internet blackout that has left many complaining.

Voting was delayed in several locations in the capital, Kampala, beginning about half an hour after the official starting time of 7am (04:00 GMT), and will continue until 4pm (12:00 GMT). 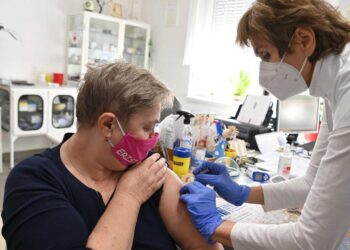 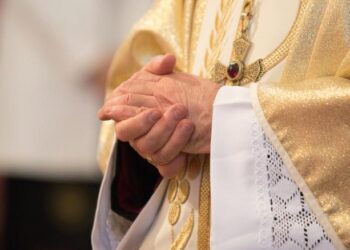