by The Lagos Today
in Travel, World News
3 min read
0
0 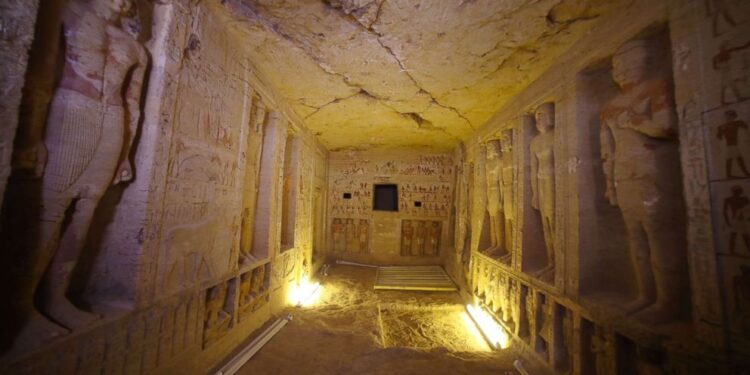 An Egyptian queen passed away 4,200 years ago, and her tomb has only been discovered now, ranking as one of the country’s biggest archaeological discoveries.

Egypt’s Ministry of Antiquities discovered her burial place, in Saqqara necropolis, south of Cairo. The vast burial grounds sit in what was once Memphis, the capital of ancient Egypt. The UNESCO World Heritage Site is also home to more than a dozen pyramids, including Egypt’s oldest, the Pyramid of Djoser.

Her tomb was discovered at a site adjacent to the pyramid of King Teti, the first pharaoh of the Sixth Dynasty of Egypt’s Old Kingdom, the era between about 2680 and 2180 BC known as the Age of the Pyramids.

“The excavation started in 2010, when we discovered a pyramid of a queen next to the pyramid of King Teti, but we didn’t find a name inside the pyramid to tell us who the pyramid belonged to,” leading Egyptologist and former minister of antiquities Dr. Zahi Hawass told CBS News.

About a month ago they discovered a funerary temple, and now researchers finally have a name for the ancient female monarch: Queen Neit, the wife of King Teti. Her name was finally found, carved on a wall in the temple and also written on a fallen obelisk in the entrance to her tomb.

“I’d never heard of this queen before. Therefore, we add an important piece to Egyptian history, about this queen,” said Hawass, who heads the archaeological mission. He said the recent discoveries would help “rewrite” the history of ancient Egypt.

His team also discovered 52 burial shafts, each around 30 to 40 feet deep, inside of which they found have more than 50 wooden coffins dating back to the New Kingdom, around 3,000 years ago.

The team also found a papyrus about 13 feet long and three feet wide, on which Chapter 17 of the Book of the Dead is written in hieroglyphics, with the name of its owner recorded on it. The Book of the Dead is an ancient manuscript that explains how to navigate through the afterlife to reach the field of the Aaru — paradise, to ancient Egyptians.

Hawass said it was the first time such a large papyrus had been discovered inside a burial shaft.

Other finds from the site include numerous wooden funerary masks, a shrine dedicated to the god Anubis (Guardian of the Cemetery), statues of Anubis, and games that were buried with the dead, to keep them busy in the afterlife. One of them was a game called “Twenty,” found with its owner’s name still visibly written on it.

Another game, called “Senet” (cross), was found in the shafts. It’s similar to chess, but if the deceased player wins, they go safely into the afterlife. 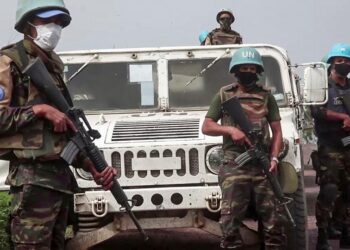 DRC: More than a dozen killed in suspected ADF attacks

Deaths bring the number of civilians killed by armed groups in Beni since November 2019 to at least 1,013, Kivu... 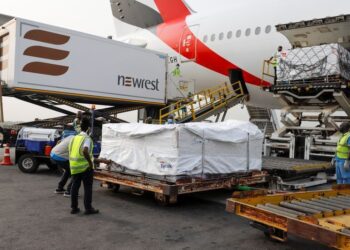 At least 600,000 doses of the AstraZeneca-Oxford vaccine arrive in Ghana’s capital as part of efforts for equitable global access...