No lesser than 70 others were severely affected.

The Acting Head of the Service, Mrs. Margaret Adeseye, in a statement by the Head, Public Affairs Unit of LSFRS, Jamiu Dosunmu, yesterday, explained that the agency received a distress call at 00:55hrs from Alade Market, Market Street, Somolu, Lagos, about burning shops.

Adeseye recalled that Ilupeju and Bolade Fire Stations were swiftly alerted to visit the location and firemen doused the raging fire.

According to her, on arrival at the scene, it was discovered that the average land area of 1,944 square meters, accommodating 171 shops, was engulfed by fire.

“The affected shops, which had various items, including foodstuffs, gas cylinders, and other perishable goods were damaged by the inferno,” she stated.

She said the actual cause of the incident was still being investigated while suspecting that the spread of the fire was aided by available cylinders in one of the gas shops.

Adeseye acknowledged the complementary efforts of the Federal Fire Service, Lagos State Emergency Management Authority, and the Nigerian Police Force in putting out the fire at about 05:31hrs. 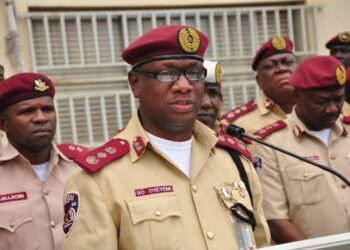