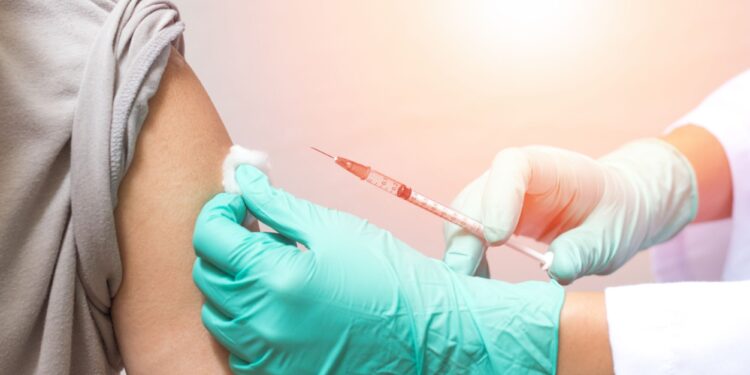 Germany’s vaccine commission said the AstraZeneca coronavirus vaccine should not be given to people older than 65 years, amid a bitter dispute between the European Union and the drugmaker over delayed supplies.

The Standing Committee on Vaccination (STIKO) at Germany’s Robert Koch Institute (RKI), the country’s main public health authority, found there is insufficient data on the effectiveness of the vaccine, developed by AstraZeneca and the University of Oxford, for this age group, according to a statement from the interior ministry on Thursday.

“Due to the small number of study participants in the age group ≥65 years, no conclusion can be made regarding efficacy and safety in the elderly. This vaccine is therefore currently recommended by STIKO only for persons aged 18-64 years,” the panel said in its recommendation.

Responding to the announcement, an AstraZeneca spokesperson said “latest analyses of clinical trial data for the AstraZeneca/Oxford Covid-19 vaccine support efficacy in the over 65 years age group.” The drugmaker is awaiting a regulatory decision by the European Union medicines regulator, the spokesperson added.

Thursday’s announcement by the German Interior Ministry came amid an ongoing dispute between the European Union and AstraZeneca over delays to the delivery of its coronavirus vaccine to the bloc.

AstraZeneca has said it can’t deliver as many doses as the EU expected, citing production challenges. But the European Commission, which ordered the vaccine on behalf of EU member states, says this is unacceptable, and the drugmaker must find a way to increase supply.

The dispute comes as EU countries, including Germany, run low on vaccines, In Spain, the regional government of Madrid has paused administering first doses of the vaccine, to ensure there is enough to provide second doses for those who already got their first shots.

Concerns over expected shortages of the Moderna and Pfizer/BioNTech vaccines means some French regions, including Paris, will push back or cancel appointments for first injections, the French health Ministry said in a press statement on Thursday.

The United Kingdom, whose regulator approved the Oxford/AstraZeneca vaccine nearly a month ago, has been administering doses to people older than 65.

In its report, UK regulator MHRA, said there was “limited information available on efficacy in participants aged 65 or over, although there is nothing to suggest lack of protection.”

Responding the German announcement, MHRA Chief Executive Dr. June Raine said “current evidence does not suggest any lack of protection against Covid-19 in people aged 65 or over.”

“The data we have shows that the vaccine produces a strong immune response in the over-65s. More data is continually becoming available for this age group and our Public Assessment Report, available on our website, will be updated to reflect this,” her statement added.

The EU has ordered 300 million doses of the AstraZeneca vaccine — which could be approved for use by the European Medicines Agency (EMA) as soon as Friday — with an option to purchase an additional 100 million doses.

AstraZeneca’s chief executive, Pascal Soriot, said in an interview with Italy’s la Repubblica newspaper Tuesday that “the issue with the elderly data is not so much whether it works or not. It’s that we have today a limited amount of data in the older population.”

Soriot said this was because the Oxford scientists running the vaccine trials did not want to recruit older people until they had “accumulated a lot of safety data” for those aged 18 to 55.

“Essentially, because Oxford started vaccinating older people later, we don’t have a huge number of older people who have been vaccinated. So that’s what the debate is,” he said. “But we have strong data showing very strong antibody production against the virus in the elderly, similar to what we see in younger people. It’s possible that some countries, out of caution, will use our vaccine for the younger group.”

Stephen Evans, professor of pharmacoepidemiology at the London School of Hygiene and Tropical Medicine, stressed that the German decision was “not a regulatory decision, but draft advice on usage” in comments to the UK’s Science Media Centre.

It was “well known that the clinical data for this vaccine were limited for those aged 70 and over,” he said, because AstraZeneca recruited older age groups later than younger age groups, allowing less time for cases to accrue.

“There is no reason at all for anyone in the UK or elsewhere to think that this Oxford/AstraZeneca vaccine is ineffective at any age,” Evans said. “Its ability to be delivered to people in GP surgeries and care homes makes it a vital component in the attempts to reduce hospitalisation and deaths, especially in the elderly.”

Jim Naismith, director of the Rosalind Franklin Institute and professor of structural biology at the University of Oxford, also sought to allay concerns, noting that German scientists had concluded that the vaccine was safe and effective for under-65s.

“Their assessment is that effectiveness is not yet demonstrated for over 65s. They have not said the vaccine is ineffective for over 65s,” he told the Science Media Centre.

“Good faith discussions about what evidence is needed for vaccine effectiveness are really important. Experimental evidence and reasoned debate, not over heated rhetoric, will resolve this issue.”

As the dispute between the EU and AstraZeneca over vaccine delays rumbled on, Belgian health authorities — at the request of the European Commission — conducted “an inspection” of the UK-Swedish drugmaker’s Belgian production facility Wednesday. The purpose was “to ensure that the delay in the delivery of the vaccines is indeed due to a production problem at the Belgian site,” France Dammel, a spokeswoman for Belgian Health Minister Frank Vandenbroucke, said in a statement.

“Belgian experts are looking into the elements obtained during this inspection visit, together with Dutch, Italian and Spanish experts,” Dammel said, adding that the report is expected in a few days.

The German government expects the country to face shortages in its supply of the coronavirus vaccine for at least another 10 weeks, Health Minister Jens Spahn said Thursday amid backlash over the pace of the government’s vaccine rollout program.

Meanwhile, the number of coronavirus infections per 100,000 residents across seven days in Germany has fallen below the critical threshold of 100 for the first time in three months, to 98, the RKI said Thursday.

German Chancellor Angela Merkel has outlined the government’s plan to reduce the incidence rate to less than 50 new infections per 100,000 residents within seven days in order to be able to track and trace infections. 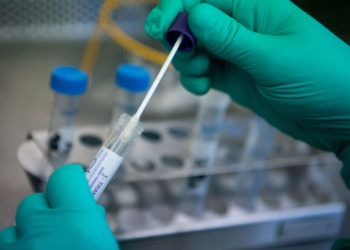 Lagos state has recorded Thirty-two (32) cases, out of Forty-four (44) confirmed new cases of coronavirus infections in the country....