Lagos State Police Commissioner, CP Hakeem Odumosu, has cautioned traditionalists in the Ikorodu Local Government Area of the state to refrain from fortifying cultists and criminals in the area.

Odumosu gave the warning yesterday at the 2021 Ikorodu Town Hall Meeting on Security.

Odumosu said the security situation in Lagos has been commendable except in some areas particularly in the Ikorodu axis where the situation has become worrisome due to a spike in cases of cultism, gangsterism, traffic robbery, ritual killings, amongst others.

He said 242 armed robbers and cultists were arrested in the local government area within the last six months while 28 arms and 120 ammunition were recovered.

The police boss said 192 cultism cases and 18 murder cases were also recorded in the period under review while 25 robbery incidents were foiled.

On the way forward, Odumosu said, “The Local Government Councils in Ikorodu must occupy the frontline in combating crimes in the area. Their constitutional responsibilities cannot be jettisoned in the fight against cultism and crimes in general.

“The traditional institution in the division must be up and doing in condemning the activities of the bad boys (cultists), instead of supporting and celebrating them and their criminal acts.

“The members of the public, especially landlords must key into this fight against insecurity in Ikorodu by screening those to be accommodated or harboured in their houses.

“The traditionalists and traditional worshippers in this area must stop promoting and protecting the criminals in Ikorodu axis and Lagos State in general. The ideas of fortifying the bad boys and providing native charms for them are counterproductive to our security architecture in this area. Their powers must be used to assist us not to jeopardise our efforts.

“The religious bodies must use all their platforms, links and ideological perspectives to promote peace and security in the state and Nigeria at large. The idea of preaching prosperity at the detriment of salvation is counterproductive to security of lives and properties in our contemporary society.”

2021 MoC Grand Prix to in Lagos’ Yaba College of Technology

Police operatives attached to Makinde Division in Lagos State have arrested one Sunday Amaefula, aged 53, for allegedly stabbing his... 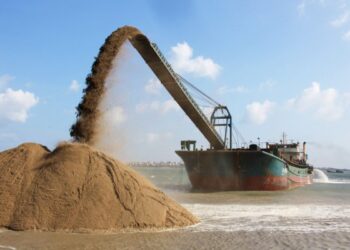 Some residents of the Tunde Afolabi Street in the Ajah axis of Lagos have petitioned the state governor, Babajide Sanwo-Olu,...