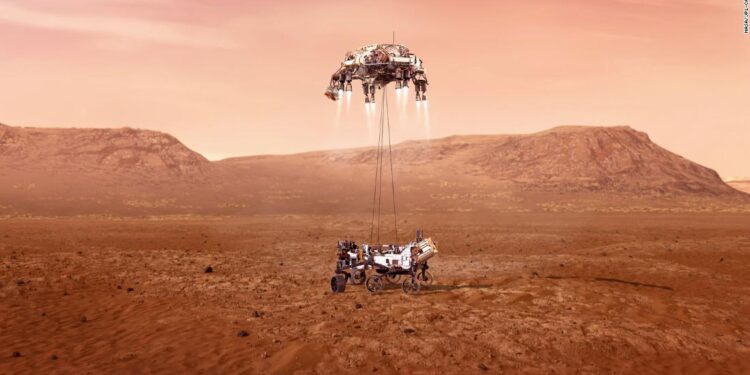 The NASA Perseverance rover safely landed on Mars after its 292.5 million-mile journey from Earth, the agency confirmed at 3:55 p.m. ET Thursday. The rover landed itself flawlessly, according to the mission’s team.

“Percy,” as the spacecraft is affectionately called at mission control, sent back its first images of the landing site immediately after touchdown, which shows the rover’s shadow on the surface of its landing site of Jezero Crater.

The rover has been on a nearly 300 million-mile journey since it left Earth more than 6 months ago. Perseverance and her teams lived up to the namesake, overcoming the challenges of preparing for the journey’s final stages during a pandemic.

“This landing is one of those pivotal moments for NASA, the United States, and space exploration globally — when we know we are on the cusp of discovery and sharpening our pencils, so to speak, to rewrite the textbooks,” said acting NASA Administrator Steve Jurczyk.

“The Mars 2020 Perseverance mission embodies our nation’s spirit of persevering even in the most challenging of situations, inspiring, and advancing science and exploration. The mission itself personifies the human ideal of persevering toward the future and will help us prepare for human exploration of the Red Planet in the 2030s.”

President Joe Biden called Jurczyk and said, “Congratulations, man,” and shared his congratulations to the thousands of people involved in the mission.

Biden also tweeted about the landing: “Congratulations to NASA and everyone whose hard work made Perseverance’s historic landing possible. Today proved once again that with the power of science and American ingenuity, nothing is beyond the realm of possibility.”

Humanity’s love affair with Mars is an enduring one, full of wonder about the possibility of life on this mysterious neighboring planet. This historic mission can search for evidence that could give us the answer.

Perseverance is full of firsts. The search for signs of ancient life on Mars. The first helicopter fly on another planet. The first recordings of sound on the red planet.

The most sophisticated rover NASA has built to date has a packed agenda for the next few years.

The rover will explore Jezero Crater, the site of an ancient lake that existed 3.9 billion years ago, and search for microfossils in the rocks and soil there. Follow-up missions will return samples of this site collected by Perseverance to Earth by the 2030s.

Along for the ride with Perseverance is an experiment to fly a helicopter, called Ingenuity, on another planet for the first time.

“Because of today’s exciting events, the first pristine samples from carefully documented locations on another planet are another step closer to being returned to Earth,” said Thomas Zurbuchen, associate administrator for NASA’s Science Mission Directorate.

“Perseverance is the first step in bringing back rock and regolith from Mars. We don’t know what these pristine samples from Mars will tell us. But what they could tell us is monumental — including that life might have once existed beyond Earth.”

During a post-landing news conference, Zurbuchen let people in on a moment that he usually spends alone: ripping up the “contingency plan” NASA prepares in case landing isn’t successful.

“”Every time we do a launch or we do a landing, we get two plans. One plan is the one we want to do, and then there’s that second plan,” he said, before happily tearing the plan in two.

Zurbuchen also shared that despite the fact that many of those on Perseverance’s team couldn’t be on site at NASA’s Jet Propulsion Laboratory due to Covid social-distancing protocols, it was the first time many of those in mission control had been together in the same room in a long time.

Now that the rover has landed, the mission truly begins.

“There is something special about the first few days, because we have just landed a representative of the planet Earth on a place on Mars that no one has ever been to,” said Mike Watkins, director for JPL.

Mars will be visible next to the moon in the night sky Thursday evening, so be sure to look up and wave to our newest robotic explorer.

Landing on Mars: ‘7 minutes of terror’

Perseverance is NASA’s ninth landing on Mars and the agency’s fifth rover. In order to land, it had to go through the infamous “seven minutes of terror.”

The one-way time it takes for radio signals to travel from Earth to Mars is about 11 minutes, which means the seven minutes it takes for the spacecraft to land on Mars occurs without any help or intervention from NASA teams on Earth.

This rover is the heaviest NASA has ever attempted to land, weighing in at over a metric ton.

The spacecraft hit the top of the Martian atmosphere moving at 12,000 miles per hour and had to slow down to 1.7 miles per hour seven minutes later when the rover softly landed on the surface.

Perseverance targeted a 28-mile-wide ancient lake bed and river delta, the most challenging site yet for a NASA spacecraft landing on Mars. Rather than being flat and smooth, the small landing site is littered with sand dunes, steep cliffs, boulders and small craters. The spacecraft has two upgrades — called Range Trigger and Terrain-Relative Navigation — to navigate this difficult and hazardous site.

These upgrades helped Perseverance with its picture-perfect landing on Mars.

Amid the rugged terrain, the rover landed in a nice flat “parking lot” and avoided all of the hazards, said Allen Chen, lead for the entry, descent and landing team.

The NASA Mars Reconnaissance Orbiter relayed data from the rover throughout landing.

The agency’s Odyssey orbiter will fly over the landing site and communicate with the rover to confirm its health about 7:27 p.m. ET, according to NASA. Then, the European Space Agency’s ExoMars Trace Gas Orbiter will also do a check-in with Perseverance and return any images and data to Earth at 9:36 p.m. ET.

The mission: What the rover will do

Now that the rover has landed, Perseverance’s two-year mission will begin. It landed about 1.2 miles to the southeast of the river delta in the crater.

Follow its journey using an interactive map. Any raw images sent back by the rover this week and going forward will also be immediately available to the public on NASA’s site. The mission team is expecting new images Friday.

First, the rover will go through a “checkout” period.

Perseverance will capture images of its surroundings and send them back, unfold its “head” and take more pictures while going through some health checkups with engineers.

Teams on Earth will go through a month of inspections, software downloads and preparations for roving.

The helicopter team will make sure Ingenuity is safe, healthy and ready to fly, “a true extraterrestrial Wright Brothers moment,” according to Zurbuchen.

Over a process that takes about 10 days, the rover will drop the helicopter on the surface of Mars and roll away from it. The little 4-pound helicopter will have to survive frigid nights on Mars, keep itself warm and charge itself using solar panels. Then, it will be ready for its first flight, which will last about 20 seconds.

“The Ingenuity team will be on the edge of our seats with the Perseverance team on landing day,” said MiMi Aung, the Ingenuity project manager. “We can’t wait until the rover and the helicopter are both safely on the surface of Mars and ready for action.”

Perseverance will search for evidence of ancient life and study Mars’ climate and geology and collect samples that will eventually be returned to Earth by the 2030s.

“Perseverance’s sophisticated science instruments will not only help in the hunt for fossilized microbial life, but also expand our knowledge of Martian geology and its past, present, and future,” said Ken Farley, project scientist for Mars 2020, in a statement.

The path Perseverance will traverse is about 15 miles long, an “epic journey” that will take years, Farley said. What scientists could discover about Mars, though, is worth the journey. To accomplish its goals, Perseverance will drive a little less than 0.1 mile per hour, three times faster than previous rovers.

Perseverance also carries instruments that could help further exploration on Mars in the future, like MOXIE, the Mars Oxygen In-Situ Resource Utilization Experiment. This experiment, about the size of a car battery, will attempt to convert Martian carbon dioxide into oxygen.

Not only could this help NASA scientists learn how to produce rocket fuel on Mars, but also oxygen that could be used during future human exploration of the red planet. 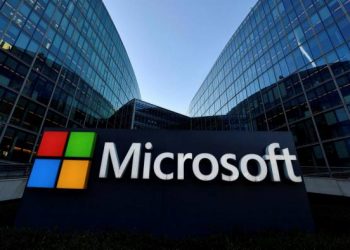