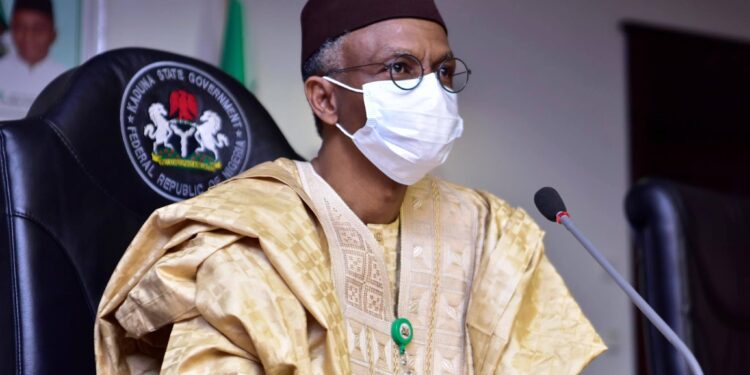 As cases of banditry, kidnapping and other forms of insecurity surge in Nigeria, Ekiti State Governor, Kayode Fayemi and his Kaduna counterpart, Nasir El-Rufai, have reiterated the need for state policing.

The governors who spoke at a virtual programme on Friday advocated state police and decentralised judiciary.

The programme was tagged “The Fierce Urgency of Now: Tactics and Strategies to Pull Nigeria from the Brink”.

El-Rufai said having a state police is critical to the immediate needs of the country to pull back from the brink, saying “one centralised police for the country just has not worked”.

“Secondly, we must amend the Constitution and relevant laws to ensure control of oil and gas, mines, and minerals in the states that already have control over land under the Land Use Act with royalties and taxes payable to the Federal Government and the Federation Account.

“Number three, we must rectify the anomaly of a Federation that has a more or less unitary judiciary,” the governor said.

Emphasising on state police, Mr. El-rufai continued, “my first recommendation is to implement the three key devolution proposals that I mentioned above. Give us state police now, vest all minerals in the state now, and decentralise our judiciary now, not tomorrow, not later.”

“There are certain things governors cannot do. Some of them we have alluded to by saying we don’t control security agencies. So, you are chief security officer, but you can call the CP (commissioner of police) and if the IG (Inspector General) says, ‘Don’t talk to him’, that is it.

“In five and a half years, as governor of Kaduna State, I have had eight commissioners of police. They are just posted; they spend seven or eight months (each) on average. Do the mathematics. Eight CPs that have virtually no say in their posting, and so on. How can you have security management if you change the frontline chief of security every eight months on average?”

“I concur with virtually everything that my brother (Governor El-rufai) has put forward,” Mr. Fayemi said.

“Conflict is part of human existence and Nigeria has experienced his own cycle of it since independence. However, the spate of it in the last two years should certainly be a major cause of concern for not just the government, citizens, stakeholders as well as external interests who desire the best for our country.

“The root causes of violence are major layers of deep-seated, political, economic, social and environmental challenges that have been allowed to fester for so long to the extent that they are now able to disrupt livelihoods, cause unprecedented destruction of public and private property, and lead to unnecessary deaths,” he said.

“Given this worrisome state of insecurity in the country, from Boko Haram insurgency, banditry, kidnapping, farmer-herder conflict, youth restiveness that led to #EndSARS in October 2020, militancy, and piracy, the common trend is that we are now in a season of anomie in our country.”

Fayemi also urged citizens and, particularly, the media against the ethnic profiling of citizens.

“We do not subscribe to ethnic profiling. We believe that criminals are found all over our country; they come from virtually almost every ethnic group.

“When you have lost somebody or you know someone who has lost someone, it’s no use telling the person to be rational about the ill that has befallen them and the bereavement they’ve suffered. The truth of the matter is that we also need compassionate leadership in order to help deal with these issues, in addition to all the substantive things we need to deal with.

“Our forests have now become a huge menace and a space for criminal elements to perpetrate their business. We need a forest management framework to ensure that those who don’t have business in the forests must leave the forests.

“Governors are very committed to the need to modernise grazing practices. There is a national livestock transformation plan, which should be implemented by now, so as to promote ranching and modernised livestock management practices,”, Mr. Fayemi, also the Chairman of the Nigerian Governors Forum, said.

Also adding his voice to the conversation, the senior pastor of Daystar Christian Centre, Sam Adeyemi, said while restructuring agitation is correct,” breaking up will not solve Nigeria’s problem”.

“Let me be honest, I have friends in government. We should be discussing Nigeria’s development; Nigeria needs to move into the 21st century as fast as possible. This whole thing is about the economy. If you have any problem in this country that is not tractable, somebody is making money from it.

“People are making money from Boko Haram. Banditry and kidnappings are about making money. Why don’t we then create a country where people can make money legitimately? Once you begin to discuss that idea with Nigerians, a vision will give people hope. Presently, there is despair; people can’t see anyway.

“When you look from a leadership standpoint, these crises we are going through are predictable. I had said to the people that listened to me years ago that Nigeria will go from crisis to crisis. Why? Because we have a culture basically that is not aligned with principles. We are dealing with cultural issues, deep issues, mindsets, beliefs, values, that eventually influence behaviour.

“So, the leadership culture itself has a big problem because there is a wide gap between the leader and the led. It is a cultural problem –the leader is very powerful, the led powerless.

“Leadership requires change, that is the essence, if you are not taking me from A to B, you are not leading me. If we stand on the same spot for 12 hours, you are standing in front of me for 12 hours and they ask you what are you doing to him? You say ‘I am leading him’, that is not true; you are actually obstructing my progress. We need to move forward.”

The programme held amidst repeated reports on killings and kidnappings for ransom which have become rampant on the nation’s highways and farms and the helplessness of the federal government to tackle the slide.