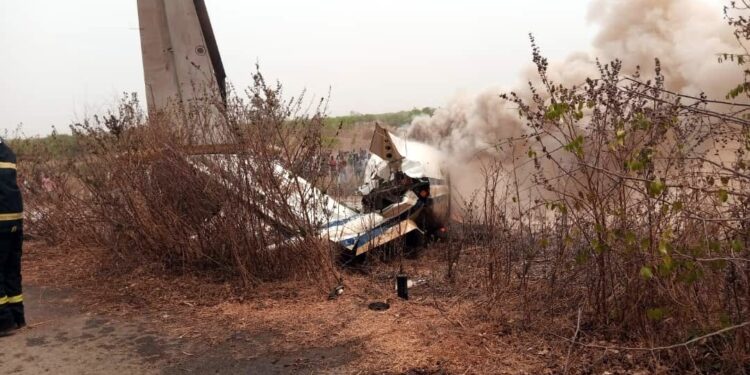 “A military aircraft King Air 350, has just crashed short of our Abuja runway after reporting engine failure en-route Minna. It appears to be fatal. We should remain calm and wait for the outcome of investigation by the military, while we pray for the departed soul/souls if any,” Sirika Tweeted.

Nigerian Air Force operates about four or five Beechcraft King Air 350i aircraft, delivered in August 2014. One was transferred from the presidential air fleet in 2015.

The aircraft, alongside others, is used for intelligence, reconnaissance and surveillance missions across the country.