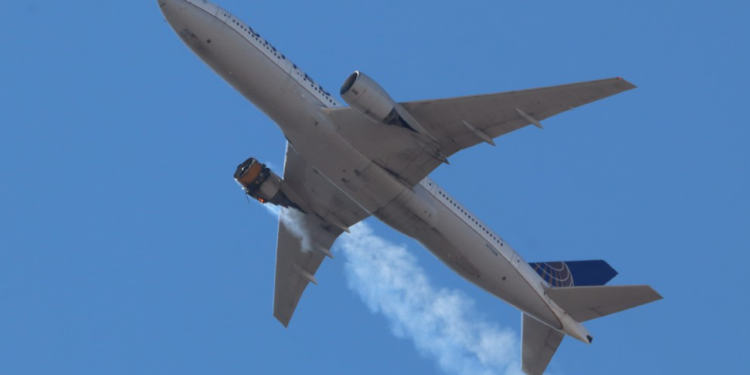 The US plane manufacturer Boeing has recommended grounding dozens of its 777 aircraft around the world after one of the jets suffered an engine failure.

The plane, carrying 231 passengers, was forced to return to Denver airport on Saturday. No injuries were reported.

In total, Boeing said 128 aircraft with the same engine as the Denver plane should be grounded.

“While [an] investigation is ongoing, we recommended suspending operations of the 69 in-service and 59 in-storage 777 aircraft powered by Pratt & Whitney 4000-112 engines,” the company said in a statement.

Pratt & Whitney said it had dispatched a team to work with investigators.

According to the Federal Aviation Administration (FAA), United is the only US airline flying this model of 777, with the others being in Japan and South Korea.

United Flight 328, bound for Honolulu, suffered a failure in its right-hand engine, the FAA said. Debris from the jet was found scattered over a nearby residential area after it returned to Denver airport.

“Based on the initial information, we concluded that the inspection interval should be stepped up for the hollow fan blades that are unique to this model of engine, used solely on Boeing 777 airplanes.”

The FAA is meeting representatives from the engine firm and Boeing.

The initial finding of the National Transportation Safety Board (NTSB) is that most of the damage occurred in the right engine, where two fan blades were fractured and other blades also impacted. The main body of the aeroplane suffered only minor damage.

Passengers onboard the flight described a “large explosion” shortly after take-off.

“The plane started shaking violently, and we lost altitude and we started going down,” David Delucia said. He added that he and his wife placed their wallets in their pockets so that “in case we did go down, we could be ID’d”.

Police in the town of Broomfield posted pictures of what appeared to be the front of an engine casing in the front garden of a home. Other fragments were seen around the town including on a football field.

No-one was injured by the falling debris from the plane.

In Japan, all 777s with the Pratt & Whitney 4000 model engines are to avoid its airspace until further notice. This includes take-offs, landings and flights over the country.

The government there has also ordered JAL and ANA airlines to suspend the use of its 777s with the same Pratt and Whitney 4000 model engine.

Last December a JAL flight was forced to return to Naha Airport due to a malfunction in the left engine – the plane is the same age as the 26-year-old United Airlines plane from Saturday’s incident.

In 2018, the right engine of a United Airlines plane broke shortly before it landed in Honolulu. Following an investigation, the NTSB said the incident was caused by a full-length fan blade fracture. 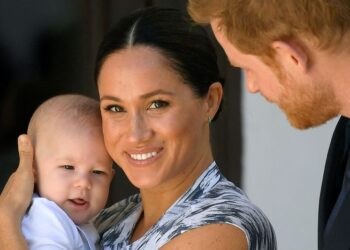 The Duchess of Sussex has said she found life within the British Royal Family so difficult that at times she... 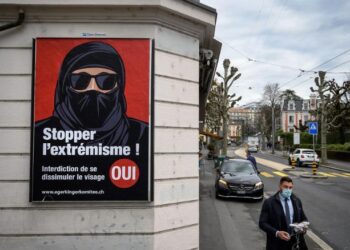 Swiss voters have approved a ban on full facial coverings including niqab and burqa in nearly all public places in a closely...