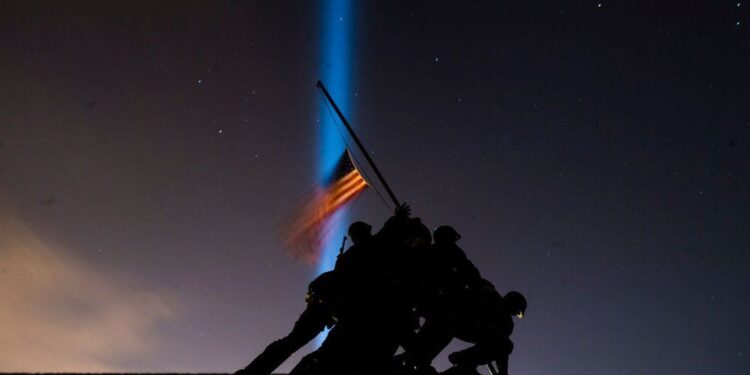 It will be the latest grim milestone for a country that has by far the highest death toll in the world from the virus.

The US has seen more than twice as many deaths as the next hardest-hit country, Brazil.

But it is also one of the most populous countries.

In terms of deaths per 100,000 population, it ranks ninth, behind countries like the UK, Czech Republic, Italy and Portugal, according to Johns Hopkins University.

The first known US death from the virus came on 6 February 2020.

That means half a million lives have been lost in just over one year, more than the US death tolls from World War I, World War II and the Vietnam War combined.

To put that into perspective…

The first wave in the spring began as most of the country went into lockdown and was followed by a second albeit less severe wave in the period from late summer to early autumn.

A devastating third surge over the past three months had communities reeling over the holidays.

How does Covid compare with cancer?

It is among the leading causes of death in the US.

Last year, it was the third leading cause of death overall, with only heart disease and cancer claiming more US lives.

At times, most notably during the third wave of cases, it spiked higher than both heart disease and cancer.

The death toll in the US is more than 10 times higher than the number of Americans who died from influenza and pneumonia the year before the pandemic.

Life expectancy in the US fell by a full year in the first half of 2020, a change experts say was fuelled by the pandemic.

The life expectancy for the entire population dropped to 77.8 years, according to a report by the Centers for Disease Control.

Covid-19 spared no part of the country.

At the start of the pandemic, it was largely concentrated in a few large cities with diverse communities of colour, like New York and Detroit.

But towards the end of last year, some of the least populated US states – including North and South Dakota – saw some of the worst outbreaks, not just in America, but in the world.

Racial minorities – except for Asian Americans – were more likely to die of the virus than white Americans. Black people in particular have been the hardest hit, dying at 1.4 times the rate of white people.

Indigenous communities in particular were the hardest hit per capita.

Data suggests these racial disparities are often informed by community-level social factors, such as a higher likelihood that people of colour may work in essential occupations, rely on public transport and live in crowded housing.

Lagos state has recorded Thirty (30) cases, out of Sixty-nine (69) confirmed new cases of coronavirus infections in the country....