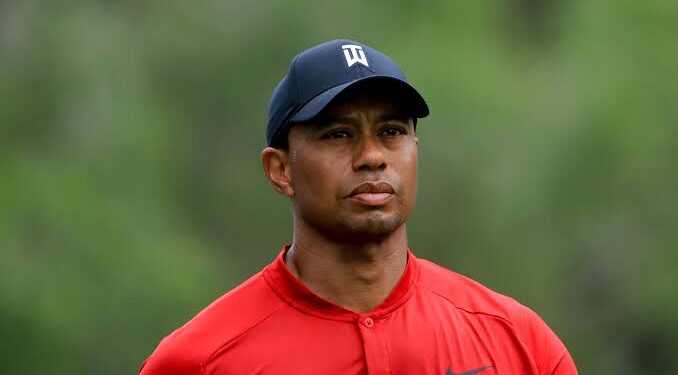 Golf legend Tiger Woods was involved in a single-car crash Tuesday morning in a residential area south of Los Angeles, the Los Angeles County Sheriff’s Department announced Tuesday afternoon. He was taken to a hospital via ambulance with multiple leg injuries after being extricated from the car by the Jaws of Life.

According to the sheriff’s department, Woods was traveling northbound on Hawthorne Boulevard at 7:12 a.m. local time when his car flipped at Blackhorse Road, on the border separating Rancho Palos Verdes and Rolling Hills Estates in Los Angeles County. Woods was the lone occupant of the car, police said. The department statement said Woods’s vehicle suffered “major damage” in the crash, which still is being investigated.

“Tiger Woods was in a single-car accident this morning in California where he suffered multiple leg injuries. He is currently in surgery and we thank you for your privacy and support,” Mark Steinberg, Woods’s agent, said in a statement.

According to CNN, Woods was taken to Harbor-UCLA Medial Center near Carson, Calif., a Level 1 trauma center located about nine miles to the northeast of the crash site.

Woods hosted the most recent PGA Tour event, the Genesis Open at Riviera Country Club in Pacific Palisades, Calif., though he didn’t play in the tournament because of recent back surgery. According to Golf Digest, he was scheduled to take part in the second day of a Golf Digest/GolfTV shoot in which he gave lessons to various celebrities.

Comedian David Spade and former NBA star Dwyane Wade both made note of their Monday meetups with Woods.

Speaking with CBS’s Jim Nantz during the Genesis television broadcast on Sunday, Woods said he hoped to play in this year’s Masters in about seven weeks. Woods, 45, underwent his fourth microdiscectomy procedure — his fifth back surgery — to lessen nerve pain Dec. 23. He had the same procedure in 2014 and twice the following year.

“God, I hope so, but I’ve got to get there first,” Woods told Nantz of playing in the Masters. “I got to get there first. A lot of it is based on my surgeons and my doctors and my therapists and making sure I do it correctly because this is the only back I got, so I don’t have much more wiggle room left here.”

Woods was long the world’s most dominant golfer and won 15 major titles over his career, second only to the 18 won by Jack Nicklaus. Woods’s latter career was derailed by back problems and personal troubles, with extramarital affairs leading to his 2010 divorce from Elin Nordegren, with whom he has two children.
In 2017, Woods was found asleep in his car with the engine running at about 3 a.m. in Florida. Police charged him with driving under the influence, and Woods would eventually plead guilty to reckless driving after completing a diversionary program for first-time DUI offenders.

The next year, Woods appeared once again close to the top of his game. He won the season-ending Tour Championship in September 2018. The next April, Woods held off a slew of younger golfers to win the Masters for the fifth time in his career. At 43, he was the second-oldest golfer to don the green jacket, younger than only Jack Nicklaus in 1986.

In October 2019, Woods won his 82nd PGA Tour event, tying him with Sam Snead for the most in men’s golf history.