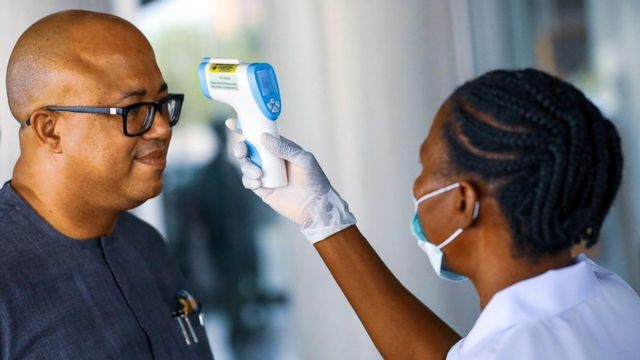 At least one in every five people in Lagos had been infected with Covid-19 at the end of October 2020, new findings have shown.

Nigeria’s Centre for Disease Control (NDCD) and the Institute for Medical Research collected blood samples from more than 10,000 individuals living in a representative sample of households in four states in September and October.

According to findings released on Monday, the prevalence of antibodies was 23% in the states of Lagos – which is home to more than 16 million people – and Enugu, 19% in Nasarawa state, and 9% in Gombe state. Confirmed infections stood in the tens of thousands at the time.

The findings offer the first detailed look into infections in Africa’s most populous country, where a lack of testing supplies has hampered the ability of authorities to fully ascertain the spread of the virus. Such seroprevalence studies are seen as the only way of revealing the actual burden of Covid-19 in Africa.

New variants were emerging quickly in Nigeria, the NCDC said, and would continue to do so until transmission rates fell.

Up to now the country has recorded just 1,800 deaths from Covid, but the head of the NCDC, Chikwe Ihekweazu, said the study findings meant it was “even more important” that Nigeria secured vaccines. Nigeria, like other countries in Africa, has struggled to secure vaccine doses amid fierce global competition.

Nigerian health officials recently approved the Oxford/AstraZeneca vaccine for use in the country and on Monday requested 10m vaccine doses from the African Union (AU) and the World Health Organization Covax programme – a platform working to secure vaccines for African countries. But authorities have not made clear when the vaccines will arrive.

The AU has said it has secured a provisional 270m vaccine doses from manufacturers for member states. The World Health Organization’s Africa director, Matshidiso Moeti, said last week African countries could begin to receive the first doses by the end of March, with larger deliveries by June.

On Monday, the World Health Organization sharply criticised wealthy countries for not only hogging Covid vaccines but in doing so, hindering the pathway for poorer nations to get them too.

The WHO’s director general, Tedros Adhanom Ghebreyesus, said some rich countries’ direct deals with manufacturers had meant that previously-agreed vaccine allocations for poorer countries, via the Covax programme, were being reduced.

The UN health agency chief said money was available to procure doses for some of the poorest countries, following fresh contributions from the US, the European Union and Germany – but it was worthless if there was nothing to buy.

Tedros urged wealthy nations to check whether their own deals with pharmaceutical companies were undermining Covax. “Even if you have the money, if you cannot use the money to buy vaccines, having the money doesn’t mean anything,” he told a virtual press conference with the German president, Frank-Walter Steinmeier.