DRC: More than a dozen killed in suspected ADF attacks 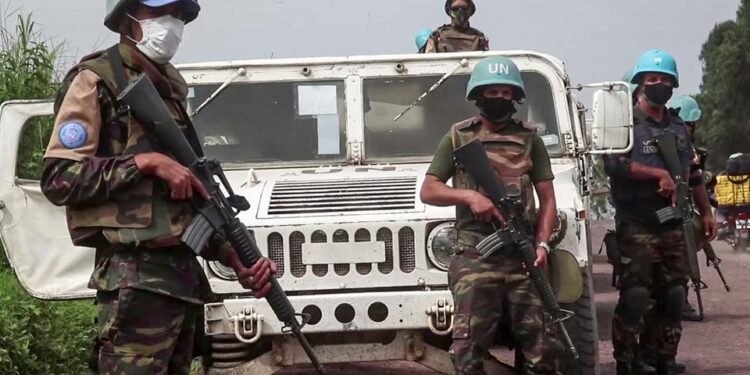 Deaths bring the number of civilians killed by armed groups in Beni since November 2019 to at least 1,013, Kivu Security Tracker says.

At least 13 people have been killed in two attacks in the violence-hit eastern Democratic Republic of the Congo (DRC), according to local officials and a monitor.

A notorious militia called the Allied Democratic Forces (ADF) was blamed for the attacks in the Beni area, near the Ugandan border.

Bozi Sindiwako, the chief official for the Rwenzori area in North Kivu province, said on Wednesday the attack by ADF fighters on the village of Kisima the previous night had killed 11 people, according to AFP news agency.

The DRC’s army spokesman also said there was an attack, without giving the number of casualties.

“Clean-up operations continue in the area,” said Antony Mwalushay, accusing the ADF – a Ugandan militia that has been operating in the vast country since the 1990s – of attacking “the defenceless”.

“They killed my father and my brothers,” Kavuva Blaise, who witnessed the attack on Kisima, was quoted as saying by Reuters news agency. “I was saved by a miracle. They were so numerous and spoke in a foreign language – that is what made me believe that it was really the ADF.”

In a separate attack overnight, two people – a civilian and a soldier – were killed in the North Kivu city of Oicha, according to Mayor Nicolas Kikuku. He added that an ADF fighter was also killed.

The new deaths bring the number of civilians killed by armed groups in Beni since November 2019 to more than 1,010, the KST said.

The DRC’s army began a campaign against the ADF in October 2019. The military offensive has scattered the group, which now operates in small, mobile groups, according to a recent report by UN experts. After a brief lull in activity, ADF attacks have been ramping up since the start of February.

The DRC has been plagued by militia violence in its east for more than a quarter of a century. In a report published on Monday, the KST said 122 armed groups are active in the country’s four eastern provinces: North Kivu, South Kivu, Ituri and Tanganyika.

The most notorious group in North Kivu is the ADF, whose stronghold lies in Beni and has never claimed responsibility for attacks.

Roger Masimango, a civil rights activist in Kisima, said the attackers “also burned down several houses and taken some of the inhabitants into the bush”.

“We are farmers but they don’t want us to even have access to our fields – that’s killing us twice.”