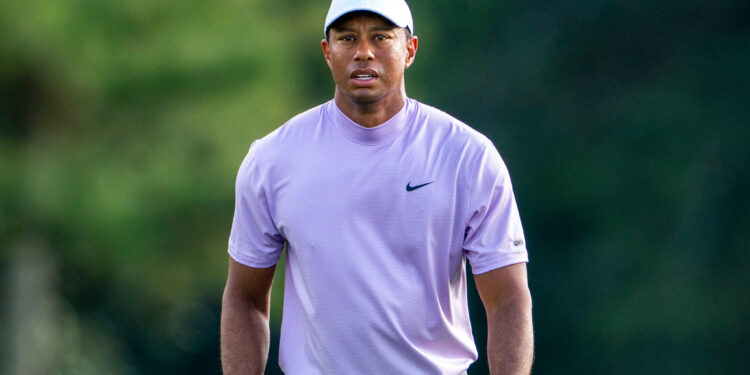 Golf legend Tiger Woods is awake and recovering from surgery, according to a statement posted early Wednesday on his official Twitter account.

Woods, who was involved in a serious car accident on Tuesday near Los Angeles, is “responsive, and recovering in his hospital room,” the statement said.

Woods suffered serious leg injuries and was trapped but conscious when emergency responders reached the scene of his one-vehicle rollover crash on a stretch of California road known for speeding and accidents, authorities said Tuesday.

Woods, 45, was driving shortly after 7 a.m. PT in Rancho Palos Verdes, near Los Angeles, when the SUV he was using crossed a median and went across two lanes of road before hitting a curb, hitting a tree and landing on its side off the roadway in the brush.

A Los Angeles County sheriff’s deputy who was the first to arrive said he found Woods still in the driver’s seat, wearing his seatbelt, and that the golfer was able to tell him his name was Tiger.

The 15-time major champion was lucid and calm, but potentially in shock, and didn’t seem to be concerned with his injuries at the time, Deputy Carlos Gonzalez said.Los Angeles County Fire Chief Daryl Osby told CNN’s John Berman that Woods was alert and oriented and was trying to “self-extricate” but he was stuck.

Firefighters used a pry bar and an ax to free the golfer, who this past weekend hosted a PGA Tour event in the area but didn’t play because of a recent back surgery.

They broke the windshield with the ax and used the bar to pry the seats and metal from around Woods’ legs, Osby said.

They put Woods in a neck collar, attached leg splints and used a backboard to get him through the giant hole in the windshield to an ambulance.

He went to the hospital in serious but stable condition with injuries to both legs, Osby said.Woods’ agent, Mark Steinberg, said the golfer was in surgery with multiple injuries, according to Golf Digest.

How the crash happened

The crash, which destroyed the front of the Genesis SUV courtesy vehicle, could have been fatal, but the airbags and seatbelts helped Woods survive, Gonzalez and Sheriff Alex Villanueva said.The sheriff said he thinks Woods was traveling at a high rate of speed down a hilly part of the road when the crash occurred.

There were no skid marks or other indications of braking, Villanueva added.

Villanueva said that section of road is “downhill on a curve,” and he and Gonzalez said the area is known as a trouble spot for speeding and accidents.

Deputies responding to Woods saw no evidence of impairment, Villanueva said, and they didn’t ask hospital officials to take a blood draw, he said.