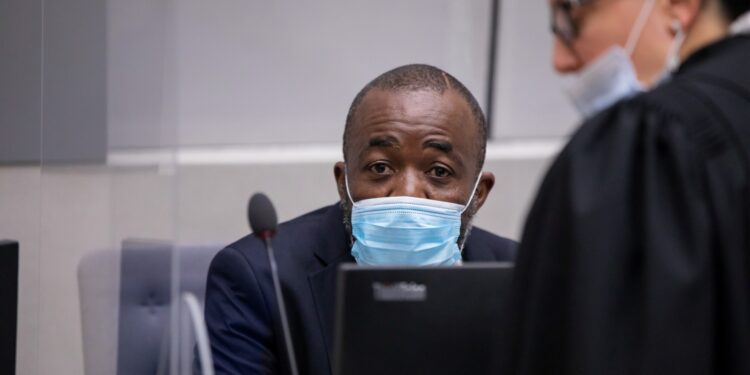 Polls include runoff votes in 49 electoral districts and first-round voting in 69 districts where violence stopped elections from taking place in December.

Voters in the Central African Republic (CAR) have cast their ballots under tight security, in a second round of parliamentary elections after an outbreak of violence severely disrupted polls late last year.

Forty-nine of the National Assembly’s 140 seats are up for grabs in Sunday’s vote, after 22 members of parliament were elected outright in the first round.

For the other 69 seats where the unrest stopped the December 27, 2020 vote from taking place, the polls will serve as the first round – to be followed, if necessary, by a second on an as-yet unscheduled date.

Authorities are anxious to avoid a repeat of the turmoil surrounding last year’s legislative and presidential polls when President Faustin-Archange Touadéra won re-election, but a new alliance of rebel groups – who the United Nations say are backed by former President François Bozizé – sought to take control amid allegations of voting irregularities.

A little more than a week before the last vote, six of the armed groups that control two-thirds of the country joined forces and pledged to disrupt the election, march on the capital and overthrow Touadéra’s government.

They laid siege to Bangui in January, strangling food supplies, forcing more than 200,000 from their homes and raising concerns that the country was slipping back into the kind of conflict that has killed thousands over the past decade.

‘When you vote, you want peace’

The government and the UN peacekeeping mission MINUSCA have both expressed confidence Sunday’s election will be peaceful due to extra forces on the ground and the capture of rebel strongholds since their initial offensive.

Touadéra’s party is expected to easily retain its majority in the National Assembly, but there are fears the vote could again be disrupted by the rebels, who have withdrawn to the countryside but are still threatening to overthrow the government.

In the capital, Bangui, the electoral body reported a smooth process with only slight delays. Small lines of residents could be seen waiting to vote as large numbers of security forces stood by.

Retired teacher Bertrand Dena, 50, said he was reassured by the heavy police presence at his polling station in Bangui.

“When you vote, you want peace,” he told the Reuters news agency.

At Bangui’s Barthelemy Boganda high school, the number of voters was small. After casting his ballot, office worker Godefroy Mokoamanede said that “unlike December 27, there is not a real passion”.

“When people vote for the first time they no longer see the point of voting a second time,” he told the AFP news agency.

Thousands of people have been killed in the CAR since the civil war erupted in 2013 when a mainly Muslim coalition called the Seleka overthrew Bozizé in a coup.

The conflict erupted after a coalition of rebel groups from the lawless and largely Muslim north of the country fought their way into Bangui and deposed the president. In response, mostly-Christian militias known as the Anti-balaka struck back, exacting revenge on Muslim civilians.

The ensuing chaos displaced hundreds of thousands of people and spawned a hotchpotch of armed groups as the rebel coalition disintegrated. A peace deal signed in 2019 eased the bloodshed, but the recent violence has heightened concerns and deepened an acute humanitarians crisis.

More than 30,000 people have fled the country due to the violence surrounding the latest elections, according to the UN, while tens of thousands more have been internally displaced.