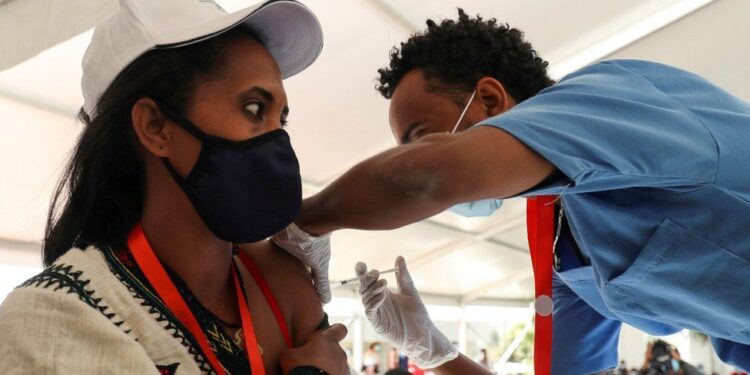 The Netherlands has become the latest country to suspend use of the Oxford-AstraZeneca coronavirus vaccine over concerns about possible side effects.

The Dutch government said the move, which will last until at least 29 March, was a precaution.

The Republic of Ireland earlier made a similar decision over reports of blood clotting in recipients in Norway.

But the World Health Organization says there is no indication of a link between the vaccine and blood clots.

The announcements by the Netherlands and Ireland followed similar moves by Denmark, Norway, Bulgaria, Iceland and Thailand.

The European Medicines Agency (EMA) – which is currently carrying out a review into incidents of blood clots – says the vaccine’s benefits continue to outweigh its risks.

The UK medicines regulator said evidence “does not suggest” the jab causes clots, as it urged people in the country to get the vaccine when asked to do so.

About 17 million people in the European Union and the UK have received a dose of the vaccine, with less than 40 cases of blood clots reported as of last week, AstraZeneca said.

What measures did the Dutch government take?

In a statement, the Dutch government said it was acting out of precaution following reports from Denmark and Norway of possible serious side effects.

“We have to make sure everything is right, so it is wise to pause for now.”

Sunday’s decision will now cause delays in the Dutch vaccination programme.

The authorities had pre-ordered 12 million doses of AstraZeneca, with nearly 300,000 jabs scheduled in the next two weeks.

What did AstraZeneca say?

In a statement, AstraZeneca said there was no evidence of an increased risk of clotting due to the vaccine.

It said that across the EU and United Kingdom there had been 15 events of deep-vein thrombosis (DVT) – a blood clot in a vein – and 22 events of pulmonary embolism – a blood clot that has entered the lungs – reported among those vaccinated.

“Around 17 million people in the EU and UK have now received our vaccine, and the number of cases of blood clots reported in this group is lower than the hundreds of cases that would be expected among the general population,” said Ann Taylor, the firm’s chief medical officer.

“The nature of the pandemic has led to increased attention in individual cases and we are going beyond the standard practices for safety monitoring of licensed medicines in reporting vaccine events, to ensure public safety.”

No evidence of a link

While vast numbers of people are being vaccinated at pace around the world, some of them will still get sick with other things unrelated to the vaccine.

These pauses for the AstraZeneca vaccine are not because it is unsafe to give. It’s to allow time for experts to explore why a small number of people who were recently give the shot also developed blood clots.

When an illness occurs shortly after vaccination, it is right to question whether the shot might have contributed in any way.

There is no indication or evidence, however, that the vaccine was linked or responsible.

In the UK, more than 11 million people have already received at least one dose of the vaccine and there has been no sign of excess deaths or blood clots occurring. Europe’s drug regulator has also backed the vaccine, saying its benefits are clear. Covid can be deadly and vaccination saves lives. 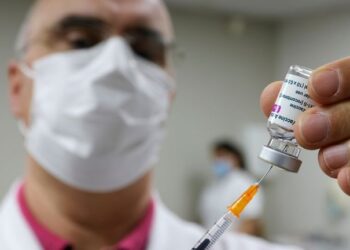 Denmark, Iceland and Norway have suspended the use of the Oxford-AstraZeneca Covid-19 vaccine while the European Union's medicines regulator investigates...