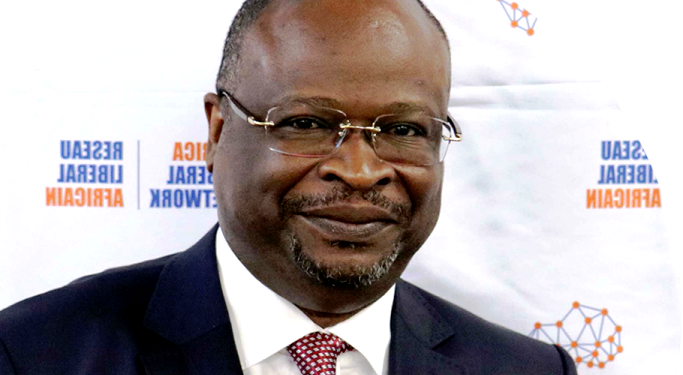 Kolelas died in a medical aircraft that was taking him to France for treatment, his campaign manager said.

Guy Brice Parfait Kolelas, leading opposition presidential candidate in Republic of Congo’s election, died on Sunday, a day after the country went to the polls.

Kolelas was hospitalised on the eve of the elections and died of COVID-19 as he was being taken to France for treatment, his campaign director Christian Cyr Rodrigue Mayanda told AFP news agency on Monday.

Kolelas “died in the medical aircraft which came to get him from Brazzaville on Sunday afternoon”, added Mayanda.

On Saturday, a family member told the Associated Press that Kolelas was receiving treatment at a private hospital in the capital Brazzaville after contracting the coronavirus.

Kolelas skipped his final campaign event on Friday after telling some reporters a day earlier that he feared he had malaria.

A video circulating on social media dated Friday showed Kolelas, 61, wearing an oxygen mask and with a blood pressure cuff on his arm as he lay in a hospital bed.

“My dear compatriots, I am in trouble. I am fighting death,” the candidate said in a weak voice after removing his oxygen mask. “However, I ask you to stand up and vote for change. I would not have fought for nothing.”

Kolelas finished runner-up to leader Denis Sassou Nguesso in the 2016 presidential election with about 15 percent of the vote. His father, Bernard Kolelas, was briefly Congo’s prime minister in 1997 during the country’s civil war.

The opposition figure has been particularly critical of the incumbent leader in recent days, declaring that the Republic of Congo had become “a police state”.

Kolelas was seen as the main rival to Nguesso, who has lead the central African country for a total of 36 years.

“We’ll continue to count the ballots. He was ahead in a number of areas,” he said.

Provisional election results are not expected for days, but Sassou Nguesso is widely expected to win.

US Launches Monitors to Track Air Quality in Lagos