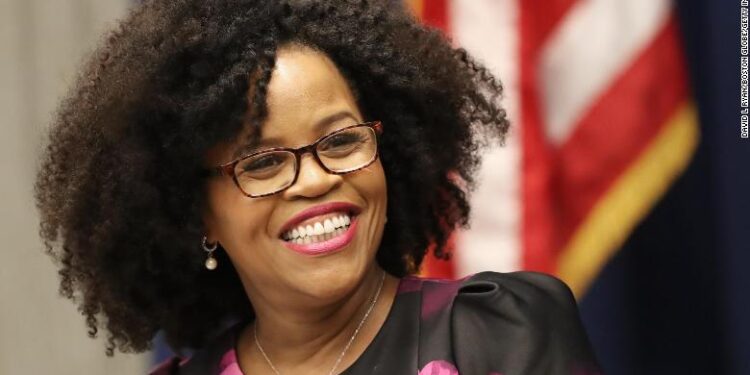 Boston has its first-ever Black and female mayor.

She will be officially sworn in on March 24, according to the city.

“I come to this day with life experiences different from the men who came before me,” Janey wrote in a Boston Globe op-ed about her new role.

As the Boston City Council president, Janey was next in line for the mayor’s office.Janey officially became acting mayor at 9:01 p.m. Monday, after Walsh was confirmed by the Senate and then resigned from his role as mayor, according to the Dorchester Reporter.

Janey will serve out the final year of Walsh’s term ahead of an election this November.