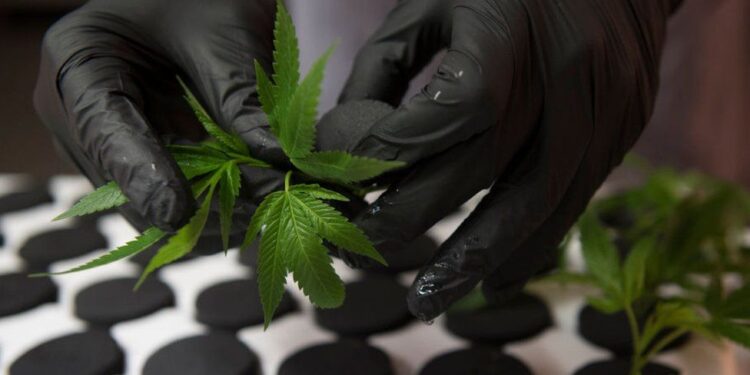 New York state has finalised a deal to legalise recreational cannabis for people over 21, US media report.

Officials said they hoped the proposed new law would end the disproportionate policing of minority groups for low-level marijuana offences.

Under the so-called “Cannabis Law”, a proportion of the tax revenue raised from cannabis sales would also be invested in marginalised communities.

The law would create a new Office of Cannabis Management (OCM) in New York.

This would be controlled by a Cannabis Control Board, a memo seen by US broadcaster CNN said.

The memo added that half of the relevant business licenses would go to “social equity applicants”, including “those from communities impacted by cannabis prohibition and minority- and women-owned businesses”.

The New York Times reported that officials in the state capital, Albany, reached an agreement with Governor Andrew Cuomo on Thursday after years of failed attempts to get recreational cannabis legalised.

The exact language of the law has not yet been finalised, but the bill could be passed as early as next week. If approved, the law would be unlikely to come into force before next year.

Liz Krueger, a Democratic state senator, told the newspaper: “When this bill is finally voted on and signed, New York will be able to say we have finally undone damaging criminal justice laws that accomplished nothing but ruining people’s lives.”

The deal follows legalisation of recreational cannabis for people over 21 in neighbouring New Jersey last month, and diminishing the severity of cannabis offences for people under 21.