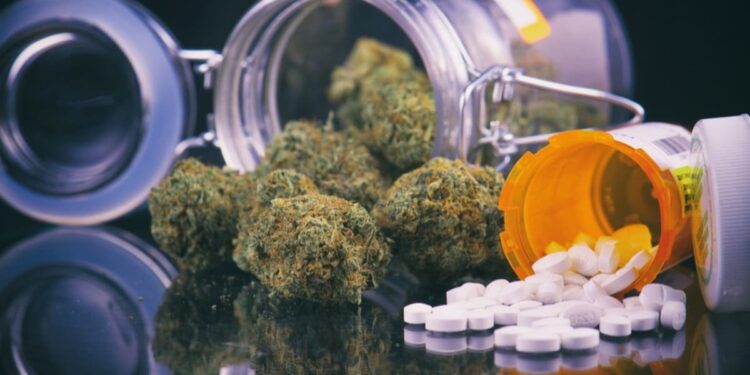 The National Drug Law Enforcement Agency has arrested an Edo-based suspected trafficker, Mr. Okojie James, while attempting to board a Turkish-bound flight, at the Lagos’ Murtala Muhammed International Airport.

Illicit drugs, including 1.549kg of Cannabis Sativa; 223.80 grammes of Tramadol; 192.34 grammes of Rohypnol and 214.05 grammes of Flunitrazepam, all of which were concealed in tins of Bournvita and milk, packed in a bag of foodstuffs, were recovered from him.

During interrogation, he claimed that his friend, one Elvis, who resides in Cyprus, asked him to collect the luggage for him.

According to him, Elvis’ sister sent the luggage to him in Abuja from Benin City through a transport company.

He said he was into Shawarma and noodles business in Benin City before Elvis invited him to Cyprus, claiming that he had secured an admission to further his education.

The Commander in charge of the NAIA Command of the NDLEA, Kabir Sani Tsakuwa, said while Okojie was arrested last Saturday, March 20, Tarmadji was nabbed on Tuesday, March 23. He added that both suspects would soon face prosecution.