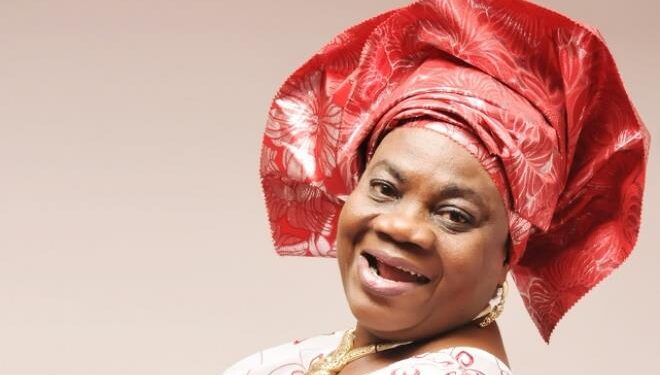 The governor gave Iya Awero the apartment as he commissioned, delivered and renamed the LagosHoms, Igbogbo as Prince Abiodun Ogunleye Housing Estate, Igbogbo.

The Chief Press Secretary to the governor, Gboyega Akosile, made the announcement via his Twitter account on Wednesday.

Akosile also shared a video of the handing over with the caption:

The elated actress thanked the governor and his team for their kind gesture. She said, “I don’t know what to say. I am so short of words. I am so happy today. Thank you so much, my governor, may the Almighty Allah continue to bless you. Also, deputy, thank you so much. I am so grateful. If anyone shelters you whenever you wake up, all you do is pray for the person. God will keep blessing, helping and supporting you. This our land will be peaceful, God will fix Nigeria and take the country to greater heights. Once again I thank everyone for this gift.”

The 70-year-old actress began her career in the movie industry with the Ojo Ladipo Theatre Group.

Her acting career has spanned over four decades and she has featured in both the Yoruba and English-speaking sectors of the film industry.

She has featured in movies such as King of Boys, Owo Blow, Family on Fire, Sade Blade, among others.