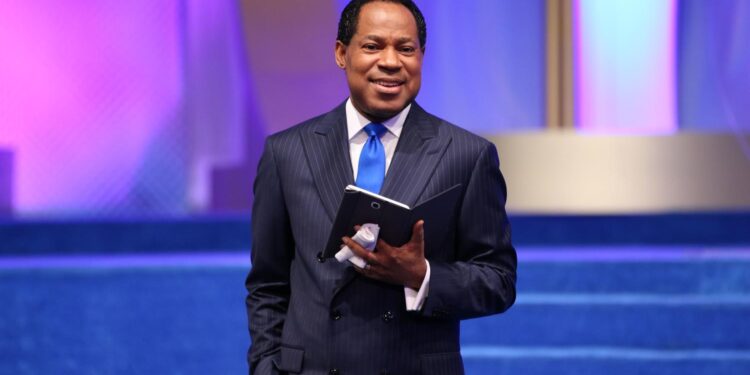 Oyakhilome’s television station is to pay £125,000 (N65.6m) for broadcasting claims that were “inaccurate and potentially harmful.”

The TV station was found to have breached broadcasting rules in January during its 29-hour show titled The Global Day of Prayer aired in 2020. The station was previously sanctioned in May 2020.

Many of the claims were “unsupported by any factual evidence and went entirely without challenge,” the watchdog said on Wednesday.

“Loveworld’s failure to put these unsubstantiated statements into context risked serious harm to its audience,” Ofcom said in a statement.

“They had the potential to undermine confidence in public health measures put in place to tackle Covid-19 – at a time when cases, hospital admissions and deaths were rising in the UK, and when people were looking for reliable information given advances in the vaccination programme.”

Loveworld was accused of featuring sermons rife with claims that the virus was “planned” by the “deep state” and that the vaccination drives that trailed the pandemic were a way of injecting people with nanochips to control them.

In another section of the show, a presenter insisted that 5G technology was linked to the virus outbreak and claimed that 5G was poisoning cells in the human body.

“With the classification of a weapon, 5G technology is very dangerous. When it comes into contact with a human body it can provide some poisons to the cells … This shows that what’s killing people, it’s not coronavirus, but 5G,” a presenter on the programme said.

In January, the broadcast regulator said it is fundamental to start “legitimate debate about the official response to the coronavirus pandemic” to hold “public authorities to account during a global health crisis – particularly when public freedoms are curtailed and complex policy decisions are taken.”

It, however, said Loveworld’s failure to put these unsubstantiated statements into context risked serious harm to its audience.

Oyakhilome, the founder of Believers LoveWorld Assembly and the LoveWorld TV is quite popular in Nigeria, where his claims about coronavirus virus and 5G gained social media traction in April 2020.

His megachurch in Lagos hosts about 30, 000 attendants on Sundays and has millions of followers on social media and YouTube, where his videos have enjoyed millions of views.

He recently shifted focus to the vaccination drive in the country.

In a video released on Monday, Oyakhilome blasted Christians who have taken the vaccine and questioned their faith in God.