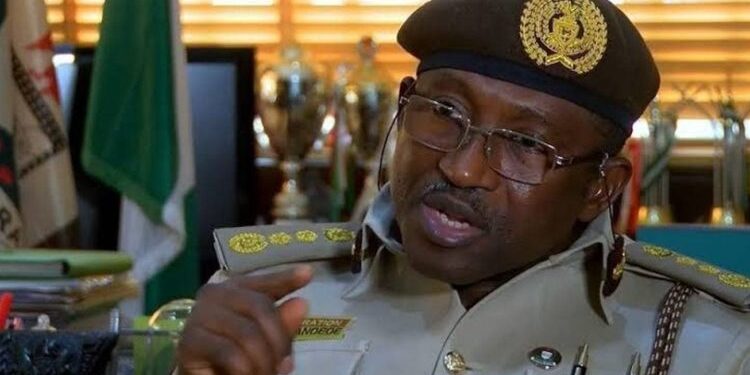 Comptroller-General of the Nigeria Immigration Service (NIS), Mr. Muhammad Babandede, has revealed that a Chinese citizen and several Egyptians have been arrested for using fake marriages to secure resident permits for foreigners in Nigeria.

Babandede announced this while warning Nigerians against contracting fake marriages with foreigners at a press conference in Abuja on Wednesday.

He warned that such actions constitutes a punishable offence because it deprived the Federal Government of expected revenue from tax and payment for resident permits.

According to him, the Chinese citizen and the ‘several’ Egyptians were arrested for using fake documents to help foreigners arrange fake marriages to secure resident permits in Nigeria.

“I am glad to say that at the moment, we have a Chinese citizen whom we have arrested, who presented himself as a visa Agent.

“We have also arrested many Egyptians who have arranged marriages with compromised officers, who are also facing disciplinary actions.

He said that the warning became necessary because the service noticed that in 2020, the number of foreigners who got resident permits in Nigeria had tripled in number.

“Last year, if you look at our annual report, we noticed an increase in persons who got resident permits, because of marriage, which suggests the possibility of fake marriages to avoid payment for resident permits and tax is there.

“We are going to be very serious in investigating that and we have already started.

“So, we want Nigerians, both male and female, to avoid contractual marriages, because it is an offence under the Act, and an attempt to deny paying revenue to government,” he said.

Babandede added that henceforth, renewals of resident permits must be accompanied by evidence of tax payment, which would be validated by technology.

He noted that the service’s greatest concern was the issue of foreigners coming to take up employment and salary without paying tax.

The NIS boss further stated that the service was collaborating with the Federal Inland Revenue Service (FIRS) to ensure that non-resident migrants and persons staying for less than 183 days in the country and earned income in Nigeria pay their taxes.

Richard Okorogheye: Mother of missing student says ‘someone was waiting for him’

Richard Okorogheye: Mother of missing student says 'someone was waiting for him'