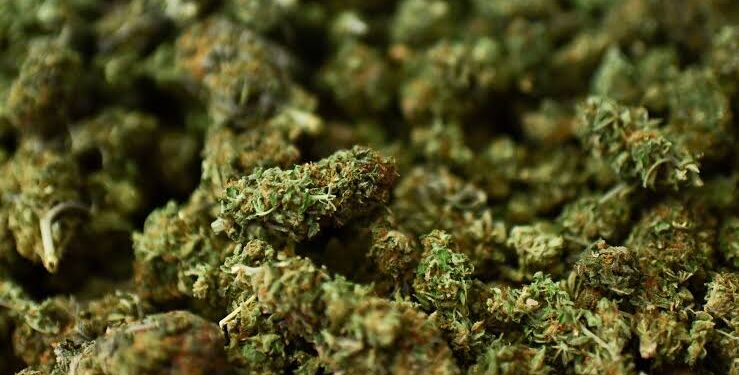 The Nigeria Customs Service, Seme Command, has seized a total of 232 parcels of Cannabis Sativa with a duty paid value of N2.9m since the reopening of land borders to date by the Federal Government.

A statement issued by Customs Area Controller of the Command, Bello Jibo, on Wednesday said the command would hand over the seized drugs to the Commander National Drug Law Enforcement Agency Special Command Seme.

Similarly, Jibo said the command intercepted 705 items with the duty paid value of the seized items amounting to N409,851,533.14.

Some of the seized items include 5,568 bags of foreign parboiled rice (50kg each); 3208 jerry cans of Premium Motor Spirit (25 litres each); 79 units of vehicles; 294 cartons of frozen poultry products and 131 parcels of Cannabis Sativa.

Others also include four cartons of Maxam explosives; 798 cartons of tomato paste; three cartons of sugar; six cartons of slippers; 305 pairs of used shoes; 30 cartons of Nescafe; 19 cartons of non-alcoholic wine; 10 cartons of cigarettes; 12 cartons of herbal soap and two sacks of condoms.

The statement said, “The overall revenue remitted into the federation account is N80, 774,807.22 during the period under review. The collection was from 0.5 per cent ETLS, one per cent NESS, baggage assessment and the reassessment of the trapped trucks.

“However, the command is yet to receive imports from third countries, as there are clearance procedure disputes to settle between importers, agents from Nigeria and the Benin Republic authorities including the shipping companies. The grand total for both seizures and revenue is N490, 626,431.36 only.”

Jibo explained that the command benefited from different welfare initiatives from the management of the service that included construction of 32, 30 and 16 man ranks and files barracks accommodation to cover the inadequacy of accommodation in the command.

He added that there was an ongoing renovation of the deputy-comptroller’s quarters as well as a newly upgraded terminal to accommodate consignments in the event the private bonded terminal could not handle the volume of consignments coming into Nigeria.

The controller said the command through its Cooperate Social Responsibility initiative constructed a modern convenience at the International Park, J4, in Seme Badary West Local Government to assist local and international travellers.

Similarly, the Apapa Area Command of the Nigeria Customs Service on Wednesday, disclosed that the command may record over N55bn as revenue for the month of March.