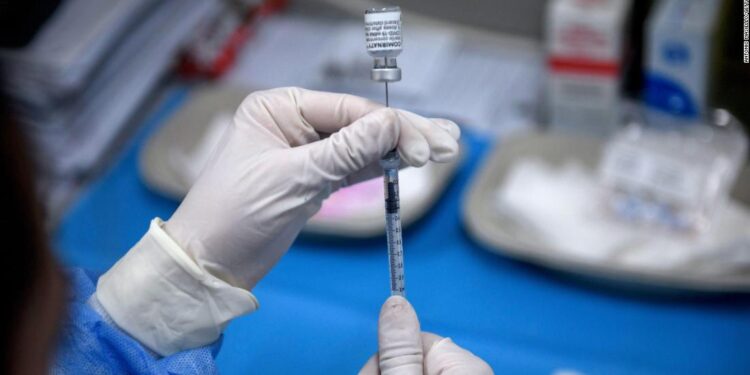 The rollout of vaccines in Europe is “unacceptably slow,” the World Health Organization said Wednesday, delivering a damning evaluation on the region’s Covid response, amid a “worrying” surge in infections.

Many European nations have struggled to carry out effective vaccination programs as drug companies have repeatedly under-delivered on scheduled shipments. The region has vaccinated only 10% of its population with one shot in a two-dose regimen, WHO said in a statement.

“Vaccines present our best way out of this pandemic. Not only do they work, they are also highly effective in preventing infection. However, the roll-out of these vaccines is unacceptably slow,” WHO Regional Director for Europe Dr. Hans Henri P. Kluge said in the statement.

“And as long as coverage remains low, we need to apply the same public health and social measures as we have in the past, to compensate for delayed schedules. Let me be clear: we must speed up the process by ramping up manufacturing, reducing barriers to administering vaccines, and using every single vial we have in stock, now.”

Dorit Nitzan, regional emergency director for WHO Europe, warned that it was only five weeks ago that new cases in Europe had dipped to under 1 million, but now with more mobility, gatherings over religious holidays and the presence of the B.1.1.7 variant — first identified in the UK — pose a greater public risk. Last week there were 1.6 million new cases iin the region and almost 24,000 deaths.

“This variant is more transmissible and can increase the risk of hospitalization, it has a greater public health impact and additional actions are required to control it,” Nitzan said.

As the vaccination rollout grows across Europe, WHO is calling for early action to implement public health and social measures.

The statement added that 27 countries in Europe are in a partial or full nationwide lockdown, with 21 imposing night time curfews. In the past two weeks, 23 countries have intensified restrictions while 13 have eased measures, with an additional nine to follow suit.

The vaccination rate is uneven throughout the region. The UK, for example, has administered more than 30 million vaccines, giving more than 58% of its adult population at least one shot in the two-dose regimen. In contrast, the European Union has administered nearly 70 million doses, just over 13% of the 27-nation bloc’s adult population. Some countries, like Serbia, appear to have had more success. The country is now offering excess doses to neighboring nations.

A weak spot in the EU’s program is its heavy reliance on vaccines by British-Swedish drugmaker AstraZeneca. The EU ordered at least 300 million doses from AstraZeneca, but the company’s deliveries have been tens of millions of doses short of agreed quarterly targets. AstraZeneca has cited lower-than-expected yields from its EU plants as the reason for the shortfall. It appears to be delivering to schedule to the UK, which ordered 100 million doses from the company. AstraZeneca has publicly said it is prioritizing the UK market with doses made in the UK.

Other drug companies have also underdelivered to the EU.

French Health Minister Olivier Veran said on Thursday that France could reach the peak of its current wave of the virus within the next 10 days.

He made his comments as the country faced tighter nationwide restrictions amid a surge that has stretched the country’s hospitals. French President Emmanuel Macron announced a partial lockdown across France on Wednesday night, after ICU admission numbers broke past the 5,000 mark and doctors called on the government for more restrictive measures.

We “could reach the epidemic peak in about 7 to 10 days, if all goes well,” Veran told the France Inter public radio station.

“Then it takes another two weeks to reach the ICU peak, which could happen around the end of April.”

He added: “I believe the measures announced last night by the President of the Republic will have a strong impact on the dynamic of the epidemic,” he said.

Macron had resisted a nationwide lockdown similar to those seen in countries like Germany and the UK. The country had instead imposed restrictions in pockets of the country.

Almost 44% of all Covid patients in France’s intensive care units are under the age of 65, Macron said. He insisted that France had made the “right choices” so far, but added that in the past few weeks the vaccine has “accelerated” and “things have changed.”