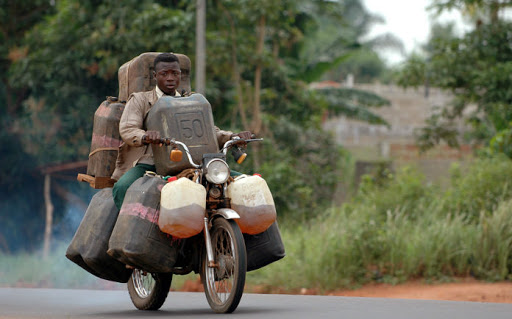 Nigeria’s Customs Service has lamented the rampant smuggling of petroleum products out of the country to neighbouring countries including Cameroun, adding that its restriction of fuel supply along borders is being opposed by communities and marketers.

Recall that supply of petrol by the Nigerian National Petroleum Corporation, which is the sole importer of the product into the country, had risen above the pre-COVID-19 levels, crossing 70 million litres daily in the fourth quarter of last year.

Prior to the regime of the President Muhammadu Buhari, the country’s petrol consumption was estimated at between 35 million to 40 million litres daily.

The NNPC, in a statement on February 8, 2018, put the country’s petrol consumption level at 35 million litres daily.

The corporation had said in July 2019 that petrol was being smuggled out of the country to Ghana, Burkina Faso, Mali and Cote d’Ivoire as a result of the price disparity of petrol between Nigeria and the other West African countries.

In November 2019, the Federal Government banned the supply of petroleum products to filling stations within 20 kilometres to the land borders.

The Comptroller-General of Customs, Hameed Ali, said the decision to suspend the supply of petrol to communities at the border was taken to check the smuggling of the product.

The National Public Relations Officer of NCS, Joseph Attah, told our correspondent on Wednesday that marketers and border communities had been making frantic efforts towards the removal of the border restriction.

He said, “As far as petroleum products and border management are concerned, the issue now is we really have to justify the actions that we have taken and which we are enforcing, which some people are finding difficult to accept and are rising against it. Some are even threatening to protest.

“This is the situation we are facing. There is a serious complaint that government should relax on that 20 kilometres radius. We are also facing protests by border communities, who feel that they are being denied easy access to petrol for their normal usage.”

The Major Oil Marketers Association of Nigeria, in its latest newsletter, put the average pump price of petrol in other West African countries at between N312 and N570 per litre, compared to N166.4 per litre in Nigeria.