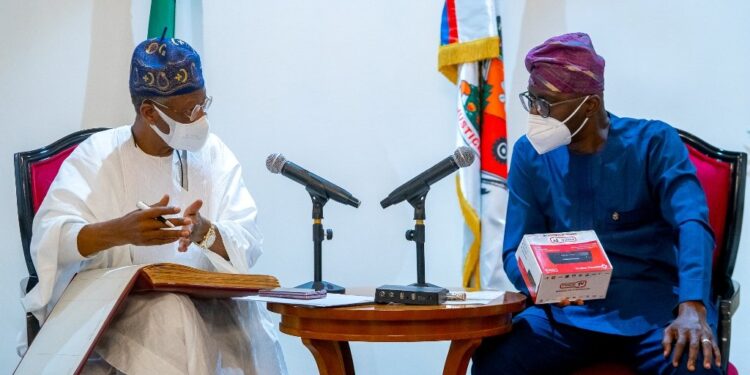 Lagos State Governor, Mr. Babajide Sanwo-Olu, says his administration would support the Digital Switch Over (DSO) being embarked by the country, saying it would enhance job creation and content development.

Sanwo-Olu who acknowledged that the DSO would be of immense benefits to residents said Lagos State would be providing publicity support for the rollout.

Sanwo-Olu said the DSO will provide job opportunities for youths and many businesses, especially those in the entertainment and tourism industry.

He said the DSO will also provide opportunity for government to use the content to inform and engage the citizens as well as bring governance closer to the people.

Governor Sanwo-Olu who advised the Ministerial Taskforce on the Digital Switch Over to make the FreeTV box and after sale support easily accessible, said making the FreeTV Set Top Box a one-off payment with a yearly renewal, will provide opportunity for millions of Nigerians who cannot afford to pay the subscription fees being charged by the PayTV platforms to enjoy the benefit of digital television.

Speaking earlier, Alhaji Lai Mohammed said the proposed rollout in Lagos would be a critical milestone for the DSO and the creative industry as over one million jobs would be provided nationwide.

He said with the FreeTV of the DSO, Nigerians would have opportunities to watch over 60 channels with great contents at a cheaper rate and without subscription to pay TV.

Mohammed who presented Governor Sanwo-Olu with the Set Top Box for the DSO said it would also enable government to get the data of every household with television, thereby making the collection of television and radio licenses easier, adding that the Nigerian Broadcasting Code (NBC) had been amended to make provisions for the switch over from analogue to digital.

The Minister of Information and Culture also disclosed that six months after the rollout of the DSO in Lagos, the NBC would ask television stations to shut down their analog broadcast equipment, thereby making more spectrum available for data and other telecommunication services.

Mohammed who noted that the DSO is relevant to the Lagos Smart City Project and the Lagos Broadband initiative, urged Governor Sanwo-Olu to direct the Lagos State Signage and Advertisement Agency (LASAA) to provide out-of-home boards, lamp post and other publicity support for the DSO launch for at least three months.