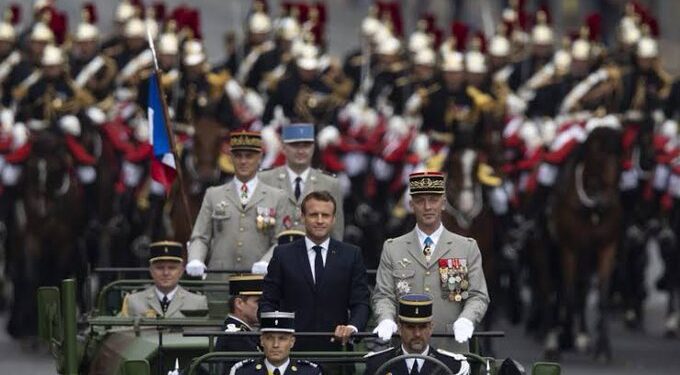 It’s going to be a very interesting period for Africa in the coming months. It’s no use hiding that the French military planning a high-intensity war. Its armed forces are beginning to prepare for the return of a major conflict.

It would involve the full range of French military capacity on a scale not tested in decades – 20,000 soldiers. This indicates that the French military is in the midst of a generational transformation.

One area the French military is deficient is in logistics. Among all North Atlantic Treaty Organisation (NATO) members, the United States and Britain are the only countries with the logistical assets required for projecting power far beyond their shores. The French will surely be looking to close that capability gap.

French generals reckon that they have a decade or so to prepare for it. They are covering everything from ammunition shortages to the resilience of society. This includes running surveys on whether French citizens are ready to accept the level of casualties they have never seen since world war two. France is an 18th Century world power that longs for the glorious days of Napoleon.

The United States’ ascension to superpower status has been a source of frustration with France. Like a petulant child they pulled out of NATO twice. After World War II, France and Britain, and in their bid to demonstrate they are still the global powers they invaded Egypt and seized the Suez Canal.

The United States and Soviet Union, in a rare show of solidarity, condemned the invasion and gave them an ultimatum to pull back their forces or face punitive actions. It was a fatal blow to the soul of the former colonial powers. They had to come to terms with the reality that the world order has changed.

The United States and Soviet Union were now the new superpowers. Unlike Britain that no longer harbours imperialist ambitions, the French have been trying to rebrand its image as a military power once again.

But there is a problem. For that to happen France has to demonstrate this military capability for all too see. And this isn’t easy. They can’t demonstrate their military prowess in Europe, where ‘Russia is King’, or Asia where ‘China and Japan is King’, or the Middle east where they lack the power and projection assets to deploy and sustain operations.

The only place they can feel like a superpower again is in Africa. But even that won’t be an easy feat to pull off. In north Africa they have to contend with Libya’s Gadaffi and his vast arsenal. In West Africa, they have to deal with the economic and military might of Nigeria, which is an African behemoth bigger than France, Germany and Spain combined.

With Gadaffi’s death, his vast military arsenal looted by rebels went south. Nigeria and Mali bore the brunt of insurgent groups now armed to the teeth. The Nigerian military was strong enough to pretty much hold its ground and contain the insurgency. Mali was not. Rebels occupied half the country, cutting Mali into two.

Nigeria, the regional hegemony, has its hands full with Boko Haram. France happily offers to fill the void left by Nigeria’s inability to respond.

Once again, France uses clever subterfuges to weasel logistic assets out of Britain and Canada. The rebels are driven out. France establishes a military base in Mali. It creates a G-5 military alliance with 5 francophone states in an ECOWAS member state, which was unthinkable a decade ago.

When Trump felt that the U.S was being used by France and hinted he might withdrawal U.S forces from West Africa, Emmanuel Macron pleaded with Trump not to cut off military support.

Unlike Libya, the Nigerian military has shown to be unexpectedly resilient. Nigeria has long sought to curb French influence in the region by economic emancipation and integration of francophone dependent States, with the ECO Currency Project agreed upon. France hijacks the project and forces the francophone states to peg the proposed “ECO” currency for the French CFA, and in a crude, infantile and undiplomatic gesture stands side by side with the Ivorian leader as he announced his decision to peg the ECO to the CFA, before a stunned ECOWAS delegation.

Five years on and things aren’t looking too good for the French. The Nigerian military has grown stronger and more capable and any hope of Boko Haram taking over the whole of Nigeria and the country collapsing as happened in Libya and Mali have all been dashed.

The breakup of Nigeria which the CIA long predicted is now a pipe dream. In Libya, France (which did the hard work of killing Gadaffi) has seen its influence superseded by Russia and Turkey. They also lost the Central African Republic to Russia. It’s protege Idris Derby will sooner or later have to relinquish power. Niger now has a new President that wants to rid Niger off French influence. The Chinese basically have a monopoly when it comes to Economic influence and has spent billions building infrastructure. The French know the gig is over.

Suddenly talks of “high spectre war” is now so widespread in French military thinking scenario, they even gave it its own acronym: H.E.M, or hypothèse d’engagement majeur (hypothesis of major engagement).

So, here’s the problem. Who are they hoping or planning to fight? I ask because the presumed opponents are unnamed, but I can tell you categorically is has to be Russia and Turkey or a North African country, and potentially Nigeria.

Oddly enough, the Nigerian government have, in recent months, embarked on an arms acquisition and force modernisation program on a scale not seen in the nation’s history.

The Nigeria Air Force is now the largest, most combat experienced and is gradually becoming the best equipped air force in Sub Sahara Africa.

Many Nigerians complain these weapons have little utility against Boko Haram in practical sense.

Who told them Nigeria was modernising and equipping itself only with Boko Haram in mind? 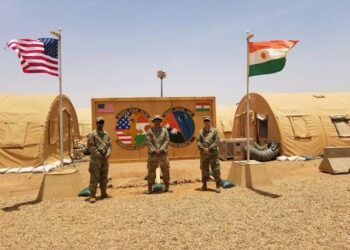 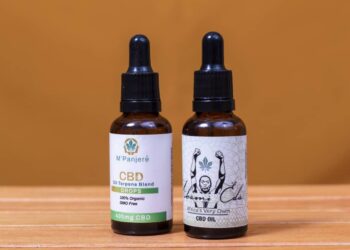 Ever since it’s weaning stages under British Rule, Nigeria has frowned at the use of Cannabis. We have limited its...