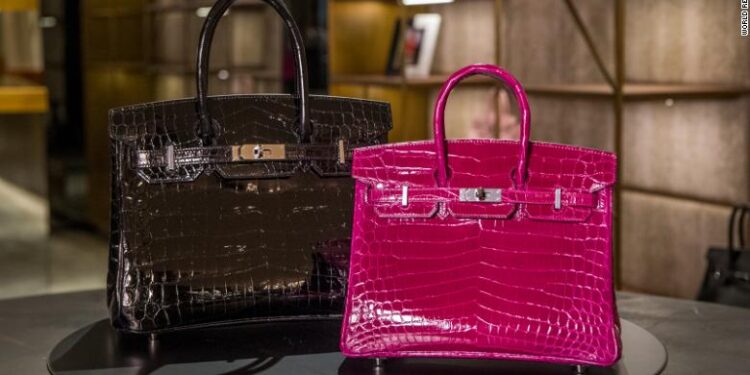 The desirability of an Hermès Birkin handbag — a symbol of rarefied wealth — is such that not even a global pandemic can dull demand for it. Instead, it has helped fire it up even more.

The bags are getting scooped up at record premiums in the pandemic era, according to Birkin resellers. Auction house Christie’s says that one of its two highest selling handbags in history is a Birkin made of crocodile skin that went for nearly $390,000 in November (The other was a Kelly bag, also from Hermès, that sold for close to $450,000).

At reseller Privé Porter, premiums are currently 50 to 100% of the retail price, said the company’s managing director Jeffrey Berk, “except for some collector versions, which can go as high as 10 times the retail price.”

Hermès only produces a limited quantity for sale each year. Getting a Birkin directly from its maker is a difficult feat— oneoften achieved through celebrity status or at the least, a spending history with Hermès. So resale values are a good indicator of demand. Hermès declined to comment for this story.

That demand for Birkins hasn’t slowed is yet another indication of America’s two-track economy. While the country lost millions of jobs last year, the wealthiest Americans were largely unscathed by the pandemic’s economic woes and changed how they were spending their money.

“The clientele for a Birkin or Kelly handbag suddenly wasn’t traveling, buying a house or a Bentley,” Berk said. “She had a lot of cash and needed to park it in an indulgence.”

It’s a Birkin wonderland, stocked with at least $2.5 million worth of the iconic Birkin and Kelly bags at any given time lining the walls in a variety of colors and styles.

As for the hottest trending Birkins through the pandemic? People are buying smaller models. And “pink is always the most popular color when it comes to Hermès bags,” said Berk. 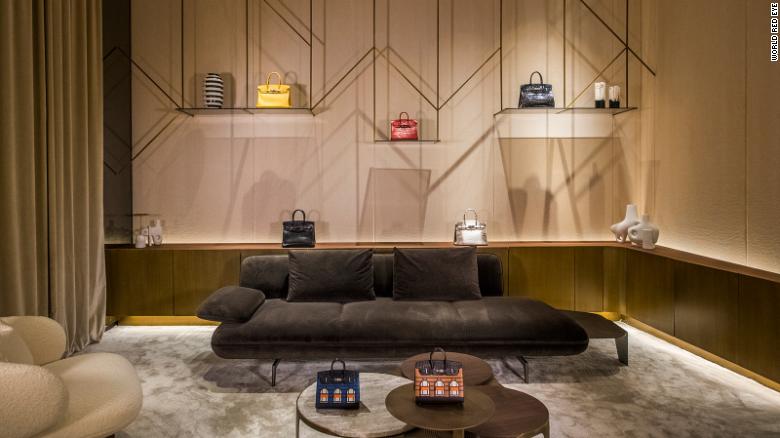 Among the most expensive Birkins at the store right now is a pair of tiny bags — just 20 centimeters in width — that showcase the outside of the iconic Hermès store in Paris, one during the day and the other at nighttime. The price for both: $450,000.

As the country went into lockdown last March, Berk thought luxury goods sales would stall.”We thought this was it for us,” he said. “But last March and April turned into our biggest sales months ever.” 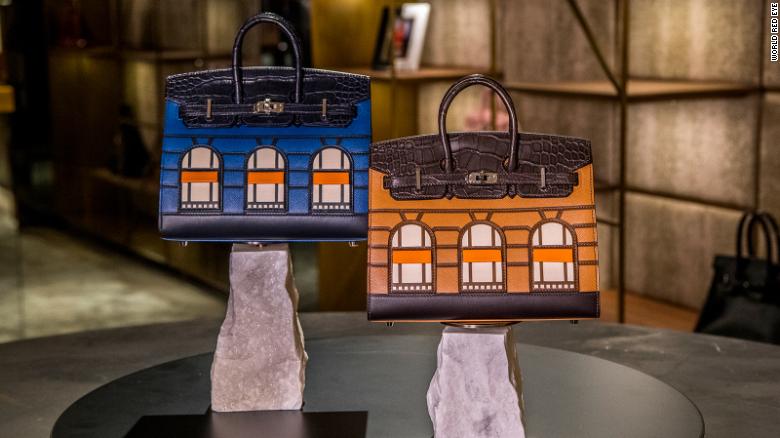 Prive Porter is currently selling a pair of “day and night” limited editions of the Faubourg Sellier Birkin handbags for $450,000.The reseller logged $3 million in sales each month when in the months prior it took in half that amount per month.

Luxury goods reseller The RealReal said it, too, saw demand for Birkin handbags strengthen during the pandemic

“It seems counterintuitive that in a year where most people were stuck at home, demand for high-value handbags was incredibly strong,” said Sasha Skoda, The RealReal’s head of women’s fashion. She noted that sales of Hermès products grew by a third over the previous year, with the Birkin handbag “being one of the most coveted styles, especially among millennials.”

An alternative investment for the wealthy

On its platform, the most sought-after styles are also the smaller-sized (25 cm and 30 cm) Birkins.Skoda said Birkins are still in high demand in 2021 and are seeing strong resale values as a result. So far this year, the resale value of Hermès’ handbags is up 28% compared to last year, she said, and Birkins are leading the way with their average selling price up over $4,000 year-over-year.

Given the current surge in pricing, Skoda said “it’s an opportune time for sellers to earn back a significant portion (or even more) on their original investment.” 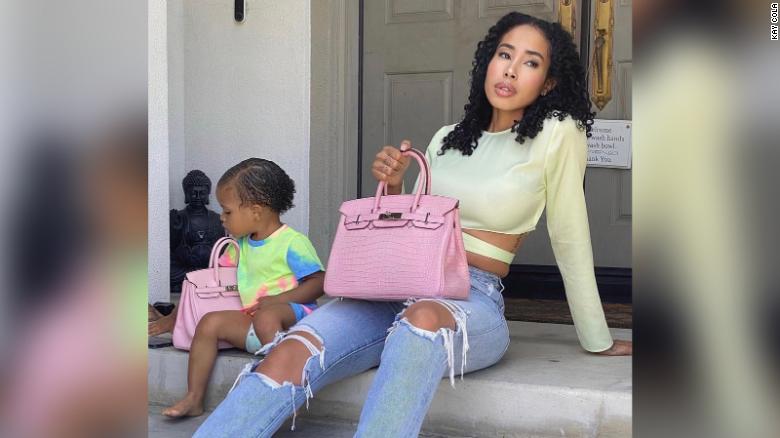 Entrepreneur Kay Cola, who founded her hair and skincare company OrganiGrowHairCo in 2016, said she frequently invests in stocks, real estate and cryptocurrency.

Birkins caught her attention last year when she was researching alternative investments.

“The Birkin bag sparked my interest because of how much the prices go up year over year,” said Cola, who is also a Grammy-nominated songwriter.

Cola bought her first Birkin last year from luxury reseller The RealReal. “I loved the style of the bag. It’s classy. And it’s an investment,” she said. In a matter of months, Cola has spent more than $500,000 to add as many as 10 Birkins and a couple of Kelly bags that she’s acquired either directly from Hermès or other Birkin resellers like Privé Porter.

As much as she’s enjoying the iconic handbags for her personal use with plans to pass them on to her two daughters, they’re also a safety net for her.

“Should anything happen to my business in the future, I will have a lot of wealth in the handbags to fall back on,” she said.