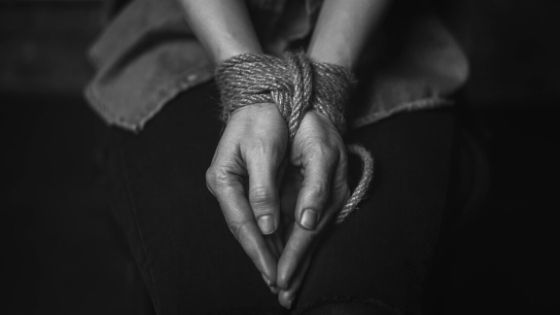 A BBC Africa Eye report has revealed a case of eight children who were arrested by local vigilantes 20 years ago on the orders of Senator Alphonsus Obi Igbeke Ubanese.

The kids were alleged to have been arrested for allegedly setting up fireworks, by a local vigilante called ‘Bakassi’, before they were tortured and handed over to the police.

Their families claim that they never saw their kids again after that incident.

Aparagho community in Anambra, a relative to one of the children, Adaobi Ekwualor said, “In the year 2000, Senator Ubanese came and arrested my junior sister, Chinenye Ekwualor. He was 10 years old. My mother went to the police station and met Senator Ubanese there. She asked him what had happened and he told her that he was among some children that were shooting knockout (Fireworks). They went also to arrest other children and took them to Senator Ubanese’s house.”

The family said they went to the senator’s house and saw Chinenye being remanded in the house, but were denied access despite their pleas and agitations.

One man identified as Nonso Opaya claimed that he was a lucky victim who escaped from Ubanese’s mansion.

He said, “I was the last person they brought in. It baffled me when I saw what I saw. They had already beat up the other kids and I couldn’t recognise them anymore. One of them tortured me with a cutlass.”

Another man, identified as Charles Nwabudu, who worked as a security guard with the senator narrated that, “(With) the way they beat up those people, if you were there you would pity them. The Bakassi boys were beating the children. They were armed with a cutlass.”

Nonso claimed that the other children were paraded around the city, before being remanded at the police station.

The Anambra state police is yet to respond to the allegations, while Senator Ubanese denied arresting the boys and claimed they were violent criminals.