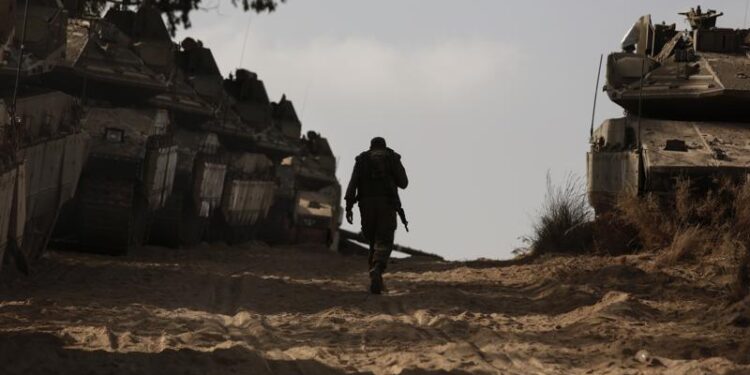 Israel and the Palestinian militant group Hamas have agreed to a ceasefire, after more than a week of conflict left hundreds dead, most of them Palestinians. The truce signals an end to the immediate bloodshed, but will likely leave both sides further apart than ever.

Over the past 11 days, Israeli airstrikes killed 232 Palestinians, including more than 60 children, according to the Hamas-run health ministry there.

At least 12 people in Israel, including two children, have been killed by Palestinian militant fire from Gaza.

A senior Hamas leader told CNN that the truce, under terms brokered by Egypt, would commence at 2am local time on Friday, though an official announcement from the Israeli Prime Minister’s Officer said the timing of the ceasefire was yet to be agreed.

“The Security Cabinet convened this evening. And accepted unanimously the recommendation of all security elements — the Chief of Staff, the head of the Shin Bet, the Head of the Mossad, and the head of the National Security Council — to accept the Egyptian initiative for a mutual unconditional ceasefire that will go into effect at an hour to be agreed upon later,” the statement from the Prime Minister’s Office said.

The Israel Defense Forces (IDF) have carried out a devastating aerial bombardment of Gaza over the past 11 days, targeting Hamas’ vast tunnel network and other infrastructure. Israeli strikes have killed at least 230 people in Gaza, including 65 children, according to the Hamas-run health ministry there.

Some 72,000 Gazans have been displaced, UNICEF said Wednesday.Twelve people have been killed in Israel — 10 Israeli citizens and two foreign workers — as a result of Palestinian militant fire, including two children, according to the IDF and Israel’s emergency service.

Palestinian militants have fired more than 4,000 rockets into Israel, according to the IDF. The longest lull in rocket fire from Gaza — of more than eight hours — took place overnight into Thursday, while Israeli military action continued.

The statement from the Prime Minister’s Office makes clear that the IDF will be instructed to re-start its campaign against militant groups in Gaza if militant groups are deemed to be failing to keep their side of the agreement.

“The political leadership emphasizes that the reality on the ground will determine any decision to resume the military campaign,” the statement said.

The truce follows a flurry of diplomatic attempts to push for a ceasefire. US President Joe Biden and his administration had dialed up messaging on Israel over the past few days, including in Biden’s fourth call with Israeli Prime Minister Benjamin Netanyahu on Wednesday.

Biden also spoke with Egyptian President Fattah Al Sisi, while US Secretary of State Antony Blinken spoke to his Israeli counterpart, Gabi Ashkenazi, and reiterated that the US expected to see a “de-escalation on the path to a ceasefire.”

Blinken, who was speaking at a press conference in Greenland, said he had spoken to a number of his counterparts in the past 24 hours on the conflict and that he had heard “deep and shared concern around the world for the deaths of innocent Palestinians and innocent Israelis.”

Hostilities between Israel and Hamas followed a period of several weeks of tension in Jerusalem, where a group of Palestinian families faced eviction from their homes in East Jerusalem in favor of Jewish nationalists. In addition, during the Muslim holy month of Ramadan, which ended last week, there were a series of incidents which Palestinians saw as highly provocative, including the closing of a popular meeting place near the Old City, and the entrance of Israeli police into the Al Aqsa mosque on a number of occasions. There were regular clashes in and around the mosque compound during which police fired stun grenades and rubber coated bullets while Palestinians threw stones.

Hundreds of Palestinians and some Israeli police officers were injured in the unrest.