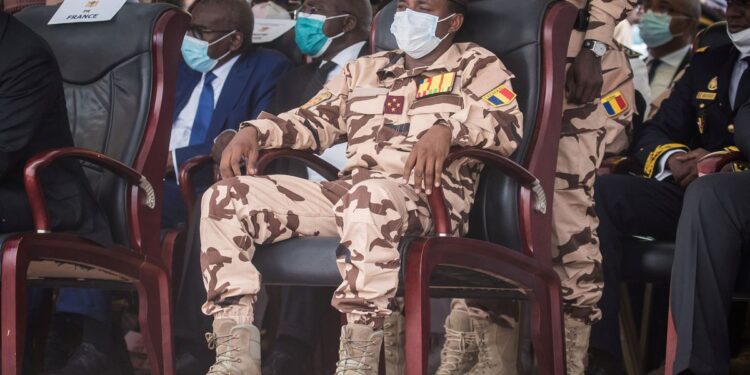 AU sees ‘absolute need’ for Chad’s transition from military to democratic leadership to be achieved within 18 months.

The African Union has called for a “democratic transition” within 18 months in Chad, where a military leadership took charge in April after veteran ruler Idriss Deby died on the front-line as his army was fighting rebels.

The new military government, headed by Deby’s four-star general son Mahamat, has appointed a transitional civilian leadership and promised on April 20 to hold elections within 18 months.

The African Union on Thursday underscored “the absolute need for a transition towards a democratic regime to be achieved within 18 months,” in a statement issued in French.

The AU said it “categorically rejects any form of extension of the transition period”.

The military has declared victory after a month-long operation against rebels in the northwest of the Sahel country.

Idriss Deby, who led the country for 30 years, was killed after being injured in fighting with the Front for Change and Concord in Chad (FACT), a large armed group with a rear base in Libya.

Also on Thursday, an International Monetary Fund spokesman said the fund is continuing meetings to restructure Chad’s debt despite the country being run by a military government.

“I can tell you the creditor committee had a technical meeting earlier this week, and a follow-up meeting is planned for next week,” Gerry Rice told reporters at the IMF headquarters in Washington.

In January, Chad became the first country to request debt restructuring under a new mechanism established last year by the G20. The nation has been struggling with a heavy debt burden exacerbated by the downturn caused by COVID-19, which sunk prices of its main export oil.

The country is among several in Africa dealing with high debt loads, and Ethiopia and Zambia have made similar debt relief requests.

In late January, the Washington-based crisis lender announced a four-year interim agreement under its Extended Credit Facility and Extended Fund Facility, both viewed as necessary steps in restructuring Chad’s debt.

However, the IMF executive board has not approved the programmes. According to fund data, Chad’s external debt stood at 25.6 percent of GDP as of the end of 2019.