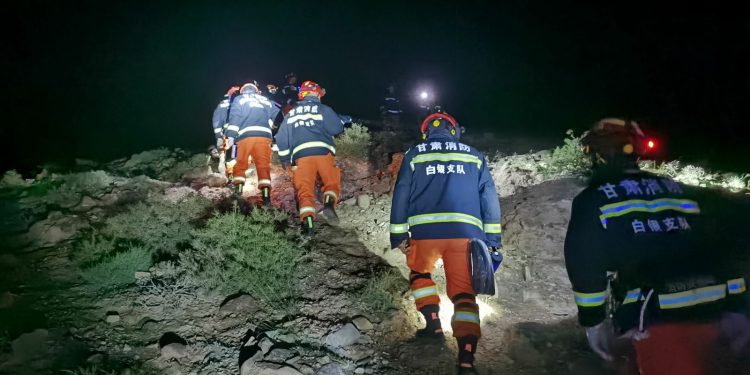 Rescuers worked overnight in the hope of finding survivors

Hail, freezing rain, gale-force winds and a sudden drop in temperature hit the runners of a mountain marathon race.

Twenty-one people have died during a mountain marathon cross-country race in northwest China.

More than 700 rescuers spent the night searching for five people who were originally listed as missing, before finding their bodies in the early hours of Sunday.

The race, at the Yellow River Stone Forest tourist site in Baiyin city, Gansu province, began with runners wearing t-shirts and shorts under overcast skies, according to photos on social media.

But it had to be stopped later after runners started to go missing while running on an extremely narrow mountain path.

Eight of them have minor injuries and are being treated in hospital.

Baiyin’s mayor Zhang Xuchen apologised as the organiser of the event, telling a new conference: “We express deep condolences and sympathy to the families of the victims and the injured.”