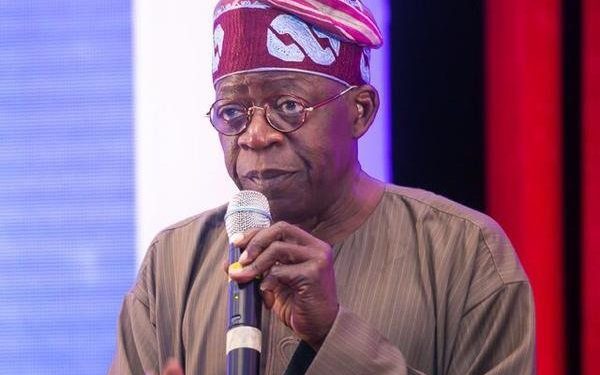 The National Leader of the All Progressives Congress (APC), Bola Tinubu, has debunked allegations that he has endorsed any candidate for the forthcoming local government election in Lagos State.

In a statement on Sunday, he faulted the allegations of a plot to influence the party’s primaries, saying they were targeted to hurt the party.

Tinubu noted that the APC Governance Advisory Council in Lagos met on Friday last week to discuss ways to ensure the fairness of the primaries for the poll.

“Asiwaju Bola Tinubu would like it to be known, by way of this statement, that he has no preferred candidates for the upcoming local government primaries.

“He has no intention to endorse any of the people contesting for the party nomination in any election, whether for chairmanship or councillorship positions,” the statement said.

It added, “On this matter, Asiwaju believes he can speak for the rest of the GAC regarding their belief in the impartiality and transparency of the internal party process.

“Asiwaju Bola Tinubu and the other GAC leaders seek a free, fair, and transparent process in which the candidates who emerge are those who gather the most support among the party rank and file. Only in this manner, do we best prepare ourselves for the general election.”

According to Tinubu, the integrity of the primary process is of the highest priority for the APC and all efforts must be geared towards the realisation of a free, fair, and transparent process.

To this end, he said party officials were obligated to establish the necessary arrangements to ensure orderly, peaceful, free, and fair primaries.

The APC leader added that the officials have been empowered to deal appropriately with any who might attempt to undermine or otherwise try to inject impair the party primaries, stressing the need for the party to adopt a policy of no tolerance.

He advised aspirants to embrace consensus wherever possible in order to reduce tension and avoid discord and in-fighting within the party.

“However, where consensus is not possible, fair and clean primaries must be held so that party members have a chance to choose the candidate they want from among the competing aspirants.

“All aspirants, however, must realise that only one person can win any given contest. While we encourage everyone to compete with zeal and energy, we encourage all aspirants and party members to respect the results of our primaries,” the statement said.

It added, “Once the primaries end, we must unite as a party so that we win the general elections thereby ensuring the continuity of progressive governance at the local government level throughout the state.

“In this vein, Asiwaju appeals to party leaders in all the local governments to allow democracy to flourish. He urges them to do everything humanly possible to protect and promote the democratic process.”