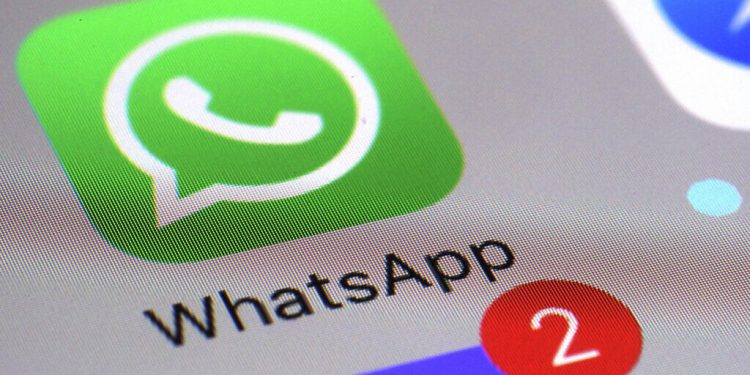 The latest move by Facebook left Palestinian users and their allies wondering if they had been singled out for censorship.

A few hours after the latest ceasefire took effect in the Gaza Strip, a number of Palestinian journalists in the coastal enclave – including Al Jazeera’s chief correspondent Wael al-Dahdouh and reporter Hisham Zaqqout – found they were blocked from accessing WhatsApp messenger – a crucial tool used to communicate with sources, editors and the world beyond the blockaded Strip.

The incident marks the latest move concerning WhatsApp’s owner Facebook Inc that has left Palestinian users or their allies bewildered as to why they have been targeted by the company, or if indeed they had been singled out for censorship.

Twelve of the 17 journalists contacted by the AP said they had been part of a WhatsApp group that disseminates information related to Hamas military operations.

Al-Dahdouh said his access to WhatsApp was blocked around dawn on Friday before it was reinstated on Monday. He said journalists subscribe to Hamas groups only to get information needed to do journalistic work.

Speaking to Al Jazeera, the correspondent said he was surprised when he received a message from WhatsApp stating his account has been banned completely and indefinitely, coinciding with the ceasefire declaration at 2am (2300 GMT) last Friday.

Zaqqout, al-Dahdouh’s colleague, described the ban as “shocking and unjustified” as no violation of the content policies and terms of use was committed.

The WhatsApp accounts were banned for three days before being reactivated again on Monday, after the channel’s management in Qatar communicated with the WhatsApp administration in the United States.

“The groups and conversations were back, but content was erased, as if you are joining a new group or starting a new conversation,” al-Dahdouh said. “I have lost information, images, numbers, messages and communications.”

Al Jazeera said its journalists in Gaza had their WhatsApp accounts blocked by the host without prior notification.

“Al Jazeera would like to strongly emphasise that its journalists will continue to use their WhatsApp accounts and other applications for newsgathering purposes and personal communication,” the news network told the AP. “At no time, have Al Jazeera journalists used their accounts for any means other than for personal or professional use.”

The Qatar-based news network’s office in Gaza was destroyed during the war by Israeli air attacks that took down the high-rise residential and office tower, which also housed The Associated Press offices.

Facebook and its photo- and video-sharing platform Instagram were criticised this month for removing posts and deleting accounts of users posting about protests against efforts to forcibly evict Palestinians from their homes in occupied East Jerusalem’s Sheikh Jarrah neighbourhood. It prompted an open letter signed by 30 organisations demanding to know why the posts had been removed.

The Arab Center for the Advancement of Social Media, or 7amleh, said in a report published this month that Facebook accepted 81 percent of requests made by Israel’s Cyber Unit to remove Palestinian content last year. It found that in 2020, Twitter suspended dozens of accounts of Palestinian users based on information from the Israeli ministry of strategic affairs.

Sada Social, an occupied West Bank-based organisation tracking alleged violations against Palestinian content on social media, said it was collecting information on the number of Gaza-based journalists affected by the latest WhatsApp decision.

It is unclear if the journalists were targeted because they had been following Hamas announcements on WhatsApp.

The group is viewed as a “terrorist” organisation by Israel and the United States, where WhatsApp owner Facebook is based.

Hassan Eslayeh, a freelance journalist in Gaza whose WhatsApp account is blocked, said he thinks his account might have been targeted because he was on a group called Hamas Media.

“This has affected my work and my income because I lost conversations with sources and people,” Eslayeh said.

This is not the first time he has had issues with social media applications. Eslayeh’s Facebook page has been deleted 17 times, and his accounts on Twitter and Instagram have been repeatedly blocked and deleted.

He attributed these “hostile measures” against Palestinian journalists and activists to Israeli pressure, and said that the administrations of these websites and applications are complicit with the Israeli occupation and are working to “suffocate” journalists and harass them.

A WhatsApp spokesperson said the company bans accounts to comply with its policies “to prevent harm as well as applicable law”. The company said it has been in touch with media outlets over the last week about its practices. “We will reinstate journalists if any were impacted,” the company said.

Among those affected by the WhatsApp blockage are two Agence France-Presse journalists. The Paris-based international news service told the AP it is working with WhatsApp to understand what the problem is and to restore their accounts.

The 11-day war caused widespread destruction across Gaza with 253 Palestinians, including 66 children and 39 women, killed in the fighting. At least 12 people, including two children, were killed in Israel.

It is not the first time journalists have been suddenly barred from WhatsApp. In 2019, a number of journalists in Gaza had their accounts blocked without explanation. The accounts of those working with international media organisations were restored after contacting the company.

The New York Times also reported that some 100 WhatsApp groups were used by far-right Jewish Israelis within the country for the purpose of committing violence against Palestinian citizens of Israel.

WhatsApp said it does not have access to the contents of people’s personal chats, but that it bans accounts when information is reported that it believes indicates a user may be involved in causing imminent harm. The company said it also responds to “valid legal requests from law enforcement for the limited information available to us”.