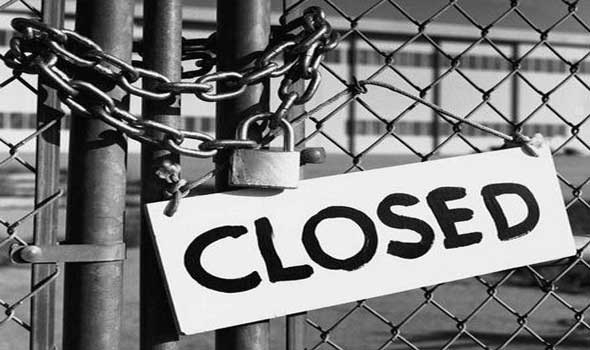 The Lagos State Safety Commission has shut down a manufacturing firm, Mingy Trading Company Limited, for allegedly violating safety precautions in its operations.

Recall that 17-year-old Babatunde Abdulrahmon lost his life in an industrial accident on the day he resumed work at the factory.

While affirming the government’s commitment to the safety of lives and property of residents of the state, Okoh explained that the DG said on no account should any company employ an underage person to operate a mixer or grinding machine without proper training and use of personal protective equipment.

She stated that the manufacturing company was, therefore, sealed off for violating established safety protocols.

Okoh said, “The Lagos State Government has reaffirmed its commitment to the safety of lives and property of the citizens. This assertion was made by the Director-General, Lagos State Safety Commission, Mr. Lanre Mojola, while sealing off the Mingy Trading Company Limited, located at No. 11 Ila Orangun Street, Ijegun-Egba, Satellite Town.

“The action followed a publication in the PUNCH newspaper dated, Thursday, May 20, 2021, tagged: ‘Lagos teenage factory worker killed in industrial accident on resumption day’. Mojola disclosed that the fatality occurred due to violation of safety precautionary measures.

“The victim, one Babatunde Abdulrahmon, 17, was newly employed on the said day and immediately exposed to mechanical and electrical manufacturing equipment without training and provision for personal protective equipment.

Okoh explained that the DG, while condemning the events that led to Abdulrahmon’s death, said any organisation found culpable of violating safety protocols in the state would be dealt with in accordance with extant laws.

She said, “According to him, on no account should any company employ an underage person to operate a mixer or grinding machine without proper training and use of personal protective equipment.

“He reiterated the importance of having a tested electrical wiring system, appropriate safety signage, good housekeeping and a clean environment devoid of infractions and hazards to the lives of workers.

“He implored organisations to value lives above monetary gains and adopt best practices, adding that a culture of safety first should be our individual and collective responsibility.

“He declared zero tolerance for safety violations and warned that punitive measures would be taken against organisations found culpable with an assurance that extant safety laws would be applied.

“He urged members of the public to report incidents and infractions regularly to the Lagos State Safety Commission in a bid to have a safer Lagos for the citizenry.”