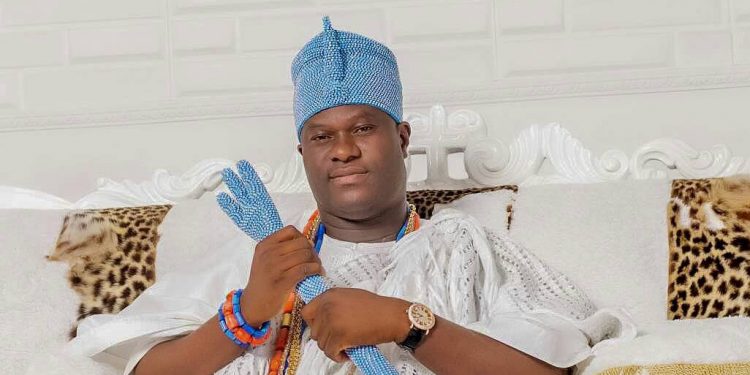 The Ooni of Ife, Oba Adeyeye Enitan Ogunwusi, Ojaja II, has denied allegations that he was involved in the sale of a parcel of land where the Idosun community in Ibeju-Lekki has its traditional place of worship.

The said property was close to the Dangote refinery. Publicity Secretary to the palace, Moses Olafare, explained that the monarch was not part of the sale of the land, but only heard about the issue when it was brought to him at the palace.

He explained that it was 15 communities that sold the land to Dangote over a decade ago, but the affected community, Idosun, had a rift with Dangote refinery on a particular section of the land they had a tree where they worship.

According to him, the community pleaded with Dangote to leave the side of the land where they had the tree for easy access during worship, but the organisation refused that the tree is within their premises and could not allow them have access to it but they would rather cut the Iroko tree.

“From what we heard, all the communities have equity in the company, they are all partners in progress and they are supposed to settle it amicably.”

He explained further that it was after many kings around Epe and Ibeju-Lekki had intervened but could not resolve the issue that it was brought to the Ooni of Ife.

He said the monarch tried to resolve the matter amicably, but the community insisted that the land must be exempted while Dangote refinery insisted it is part of their land and they would cut the tree.

“The Ooni even explained to the community representatives at the meeting that under the law, Dangote is right since he bought the land many years ago, but the only way is to shift the place to another part of their land through some atonement but they still refused.”

Olafare added that it was after the parties couldn’t resolve the issue that the organisation cut the tree and Ooni was neither part of the process nor present.

“So, I am surprised at this outburst by this faceless person who knows the truth but wanted to circulate fake rumour about the king.

“I am not against activism; that is why I will implore the person to come out and say it openly instead of hiding. But I am sure the person knows the truth about the issue but wants to circulate fake rumour.

He said: “No king in Nigeria, and of course the Yorubaland, takes the tradition of Yoruba more dear than the Ooni of Ife, so why will he be the one to sell the land that belongs to a deity or supports the cutting of the tree?”

He added that the Ooni would not do anything that would tarnish traditions of Oduduwa land because every king in Yorubaland knows that the throne they were sitting on is the culture of their forefathers, therefore they would not go against traditions.