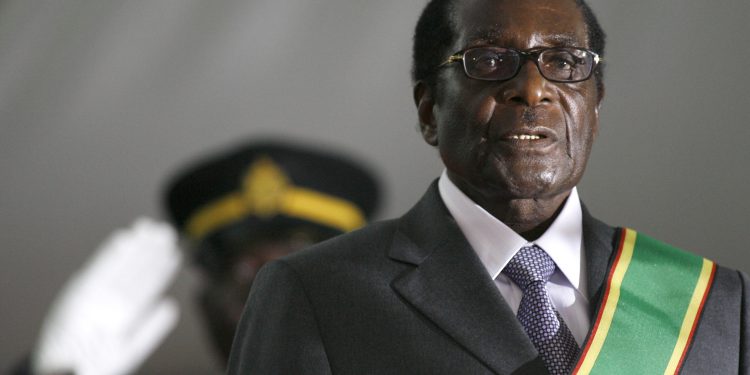 A chief in Zimbabwe has ordered the exhumation and reburial of Robert Mugabe’s remains at the national heroes’ shrine in Harare after accusing the late leader’s wife of breaking local custom by interring him at his rural home in 2019.

Mugabe, who was ousted in a coup that brought Emmerson Mnangagwa to power in November 2017, was buried at his village of Kutama after weeks of dispute with Mnangagwa’s government over his final resting place.

A traditional chief in Zvimba district, which includes Kutama, said he had received a complaint from a Mugabe clan member over the manner of his burial.

After presiding over a village court last Thursday, Chief Zvimba on Monday issued a ruling that found Grace Mugabe guilty of breaking traditional norms by burying her husband in the courtyard of his home.

The former first lady, who did not attend the hearing, was fined five cows and a goat.

“I give powers to those who are permitted by law to exhume the late Robert Mugabe’s remains from Kutama and rebury them at the National Heroes Acre in Harare,” said a copy of the ruling in the local Shona language.

“He (chief) has no jurisdiction over Kutama. And even if the correct chief had made that ruling we would have appealed to the court,” Leo Mugabe told Reuters.

Chiefs in Zimbabwe have jurisdiction over their local subjects but it is rare for them to order families to exhume bodies for reburial.

The chief’s order will likely rekindle a row over Mugabe’s final resting place.

Mnangagwa had pushed for Mugabe to be buried at the monument for liberation war heroes, but the family refused, saying Mugabe had expressed fears to close family members before his death that some of the people who ousted him would seek to conduct a traditional ritual with some of his body parts.

Ibrahim Gambari Appointed by Buhari As New Chief Of Staff