Benjamin Netanyahu, the longest-running Israeli prime minister, could be ousted in days after rivals agree to work on unity government 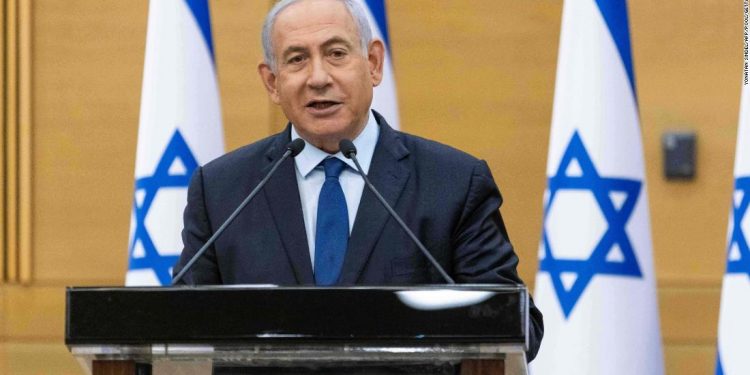 Benjamin Netanyahu’s run as the longest-serving Israeli prime minister may be coming to an end.

Naftali Bennett, leader of the small right-wing party Yamina, announced Sunday evening he is working toward a coalition agreement with Yair Lapid, leader of the centrist party Yesh Atid, to join a new government.

It’s a seismic event in Israeli politics, and if the coalition is sworn in, it would bring an end to Netanyahu’s 12 years as prime minister.

In a prime-time address Sunday, Bennett told Israelis he is joining the new government to prevent a fifth round of elections and “rescue the country from spin.”

“After four elections and a further two months, it has been proven to all of us that there is simply no right-wing government possible that is headed by Netanyahu. It is either a fifth election or a unity government,” Bennett said.

He dismissed suggestions that the coalition, which would include a wide swath of parties, would be a left-wing government, instead paying tribute to the readiness of potential partners in the coalition to allow him to become Israel’s leader.

“The left is making difficult compromises to allow me … to become prime minister,” he said, adding, “This government will not do disengagement nor will it hand over territories, nor will it be afraid to launch a military operation if required.”

A short while after Bennett spoke, Netanyahu made a statement of his own in which he denounced the Yamina party leader as a man who cared about nothing other than becoming prime minister.

Reminding Israelis that before the March election Bennett had said he would not sit in a government led by Lapid, Netanyahu said his right-wing rival’s principles did not have the weight of a feather.

Bennett was trying to pull off the “deception of the century,” Netanyahu said.

It is widely expected that any unity agreement would see the position of prime minister rotate with Bennett going first and Lapid second.

It’s an unusual arrangement, one made unique by the fact that Bennett’s party won only seven seats in the last election. But his party became one of the kingmakers in Israeli politics, as both Netanyahu and the pro-“change” bloc tried to woo Bennett, needing his seven seats to get them closer to the 61-seat majority needed to form a government in the Knesset, the Israeli parliament.

The “change” coalition will likely be made up of parties from the right to the left of Israeli politics, but it would still almost certainly need some sort of outside support to reach the 61-seat threshold. That support may come from outside the government, such as one of the Arab parties, most likely the Islamist United Arab List, led by Mansour Abbas.

And there may not be much uniting such a wide range of parties other than in their desire to oust Netanyahu. With pressing issues such as how to keep the ceasefire holding with Hamas-led militants in Gaza and rising tensions in East Jerusalem and the West Bank, this could be a fragile government easily broken apart by ideological divisions.

Lapid now needs to reach and sign formal coalition agreements with all of the parties before announcing his coalition, first to Israel’s President and then the speaker of the Knesset.

Parliament then has a week to vote on the coalition arrangements before the new government, and a new Israeli prime minister, could be sworn in.