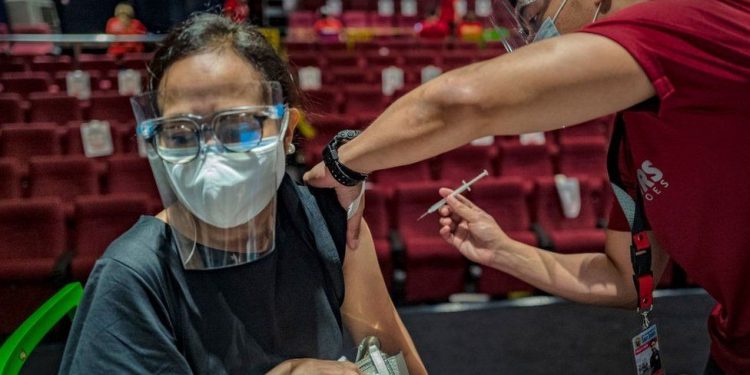 The World Health Organization (WHO) has approved a Covid-19 vaccine made by Chinese pharmaceutical company Sinovac for emergency use.

The decision will allow CoronaVac to be used in WHO’s vaccine-sharing program, COVAX, which seeks to provide equitable global access to immunizations.

It is the second Chinese vaccine given WHO approval after Sinopharm was approved in early May.

WHO Director-General Tedros Adhanom Ghebreyesus said at a news briefing Tuesday that CoronaVacwas “found to be safe, effective, and quality-assured following two doses of the inactivated vaccine.”

WHO’s Strategic Advisory Group of Experts on Immunization (SAGE) has recommended the vaccine for people over 18. Two doses should be spaced between two and four weeks.

Unlike some other vaccines, CoronaVac doesn’t need to be kept at super-cold temperatures.

“The easy storage requirements of CoronaVac make it very suitable for low-resource settings,” Tedros said. “It’s now crucial to get these lifesaving tools to the people that need them quickly.”

Efficacy studies showed CoronaVac prevented symptomatic disease in just over half of those vaccinated and prevented severe Covid-19 and hospitalization in 100% of those studied, the WHO said in a statement.

It is the eighth vaccine to receive emergency use listing from WHO, including those from Pfizer/BioNtech, AstraZeneca, Moderna, Janssen (Johnson & Johnson) and the Serum Institute of India.

There is urgent need for Covid-19 vaccines in places where coronavirus is surging and in countries that have been unable to procure sufficient doses.

It is hoped the Sinovac approval will boost supplies of the global vaccine-sharing program COVAX. The program has recently faced a severe shortage of supplies from India, which halted export of the AstraZeneca vaccine amid its Covid-19 crisis. Western countries have also been criticized for vaccine stockpiling.

COVAX should have already delivered 170 million total doses, according to a recent report from the UN Children’s Fund (UNICEF). Instead, as of May 17, it had delivered 71 million shots to 125 countries and territories.

“The world desperately needs multiple Covid-19 vaccines to address the huge access inequity across the globe,” Mariângela Simão, WHO assistant-director general for access to health products, said in a statement.

“We urge manufacturers to participate in the COVAX Facility, share their knowhow and data and contribute to bringing the pandemic under control.”

The Sinovac and Sinopharm shots are both inactivated vaccines, which are lower in efficacy than the mRNA vaccines produced by Pfizer-BioNTech and Moderna.

Unlike their Western counterparts, the two Chinese companies have not released the full data of their last stage clinical trials conducted around the globe, drawing criticism from scientists and health experts.

According to Sinopharm and Sinovac, their vaccines received different efficacy results in trials conducted in different countries, but they all exceeded WHO’s 50% efficacy threshold for emergency use approval.

Sinovac has already provided shots to dozens of countries and regions, including mainland China, the Philippines, Indonesia, Turkey, Chile, Mexico and Brazil. The company said it has supplied more than 600 million doses of its vaccine domestically and internationally, with more than 430 million doses administered.

On Tuesday, China said it had produced the first batches of its Sinopharm vaccines to be distributed to COVAX, according to state media Xinhua. China plans to provide 10 million doses to the global vaccine sharing scheme.