One of Iran’s biggest navy ships sinks after catching fire 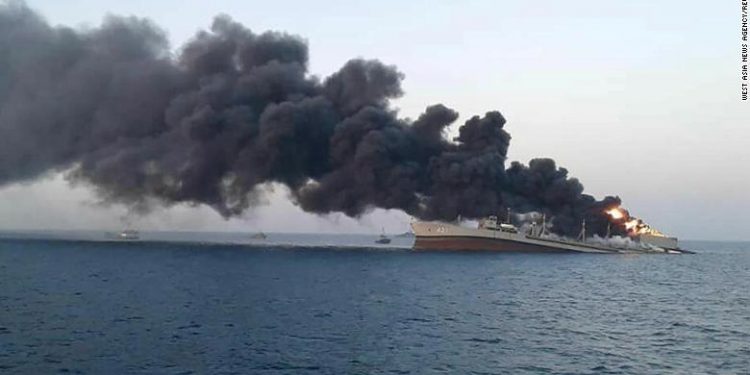 Smoke rises from the Iranian navy ship Khark in the Gulf of Oman.

One of the largest vessels in the Iranian navy has caught fire and sank in the Gulf of Oman, according to the country’s semi-official Fars News Agency.

The blaze on board the huge training and logistical ship — called the “Khark” — began early Wednesday morning.

“Despite 20 hours of all-out efforts by Civil and Naval Military Rescue Teams, the rescue operation of the Khark training support vessel was ineffective due to the spread of fire in different parts,” Fars said in its report.

The ship sank off the coast of the southern Iranian port of Jask. All crew members were evacuated and there were no casualties, Fars added. 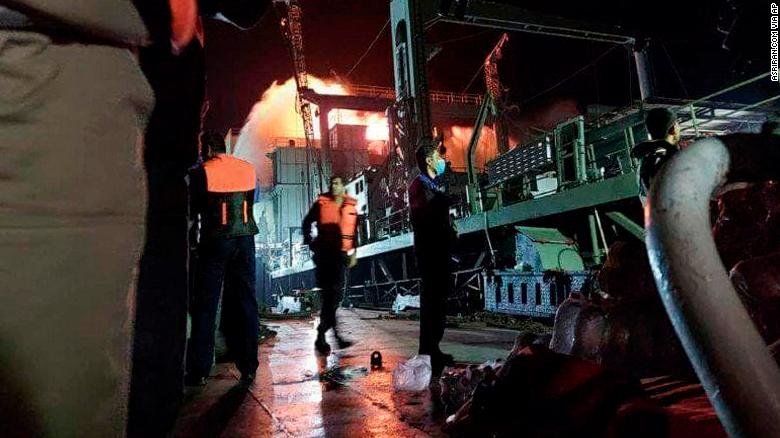 Personnel on the Iranian navy ship that caught fire in the Gulf of Oman.

The cause of the blaze remains unclear. The military vessel was being deployed to international waters for a training naval operation when one of its systems caught fire near Jask, Fars reported.

It had been in service for more than four decades and had taken part in many training operations.