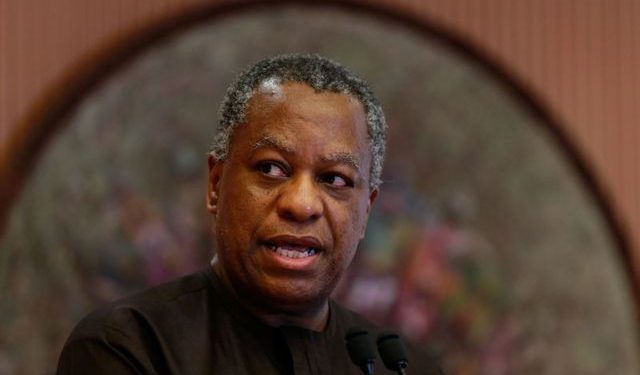 Three days into the ban on the social networking service in Nigeria, the Federal government has said it will lift the ban only if the platform can be used responsibly.

Minister of Foreign Affairs, Geoffrey Onyeama, gave the condition in a meeting with envoys of the United States, United Kingdom, Canada and the European Union in Nigeria yesterday.

Onyeama noted that the micro-blogging platform was not taken down because it was threatening the country, but the ban was meant to stop Twitter from being used for criminal activities.

“The condition would be responsible use of the social media and that really has to be it,” he said, when asked the time the ban would be lifted.

“We are not saying that Twitter is threatening the country or any such thing. Why we have taken this measure is to stop them to be used as platforms for destabilisation and facilitation of criminality or encouragement of criminalities. When you have the power to communicate, it has to come with responsibilities.”

Twitter had called its suspension “deeply concerning” and said it would work to restore access for all those in Nigeria who rely on the platform to communicate and connect with the world. More than 39 million Nigerians have a Twitter account, according to NOI polls, a public opinion and research organisation.

“Banning systems of expression is not the answer,” the EU, US, Britain, Canada and Ireland had said in the statement late on Saturday. The statement added it was “precisely the moment when Nigeria needs to foster inclusive dialogue and expression of opinions, as well as share vital information in this time of the COVID-19 pandemic.”

Speaking on behalf of the five envoys at a closed-door meeting with Onyeama, US Ambassador to Nigeria, Mary Beth Leonard, maintained the earlier position of the five ambassadors that the ban on Twitter by the Nigerian government violates freedom of expression of Nigerians irrespective of the concerns by the government that the platform was being used to perpetrate hate speech and criminality.

“We recognise the official position of the Nigerian government on the responsible use of social media but we remain firm in our position that free access to information is very important and perhaps more important during troubled times,” she said.

“We are here as partners and we want to see Nigeria succeed. It’s very clear that we are Nigeria’s strongest partners on issues of security and we recognise the daunting times in the way of the security challenges that confront Nigeria. While they are daunting, they are not insurmountable and part of the way to surmount them is the partnership of the people you see represented here,” Leonard added.

The envoys were optimistic about the Federal government reaching a common ground as it was locked in discussions with Twitter. Onyeama also confirmed that the Nigerian government was in dialogue with Twitter on the best ways to resolve the matter.