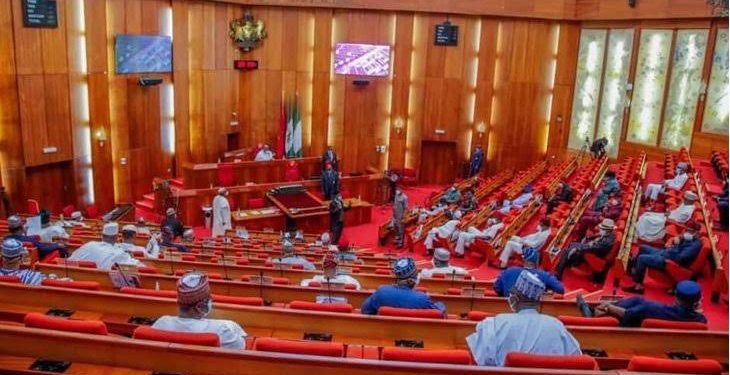 The Nigerian Senate, yesterday, passed the Nigerian Postal Service (NIPOST) repeal and re-enactment bill, 2021, which restricts the agency to only postal operations in the country.

The bill which was passed also seeks to unbundle NIPOST for efficient service delivery by creating a commission to regulate its affairs.

It was passed by the Senate following the consideration of the report of the Committee on Communications, which is Chaired by Senator Oluremi Tinubu.

Tinubu, in her presentation, said sub-clause (1)(a) under clause 3 that deals with membership of the governing board of the NIPOST were amended to empower the board to formulate policies for the development of the postal sector.

She noted that sub-clause (1)(b) was deleted as the board cannot borrow or raise funds for the entity while sub-clause (1)(c) was amended to align with current legislation adding that clause 5(2) was also inserted to specify minimum qualifications for appointment of the Postmaster-General.

Section 2 subsection 1-3 of the Bill, however, effectively barred NIPOST from engaging in tax collection.

The section reads: “There is hereby established a body to be known as the Nigerian Postal Service (hereby designated as the Public Postal Operator) which (a) shall be a body corporate with perpetual succession and a common seal…

The Postal Operator shall be charged with the responsibility of providing Universal Postal Service in Nigeria.

In carrying out its Universal Postal Service Obligations, the provisions of any enactment, law or regulation relating to the taxation of companies, agencies or trusts funds shall not apply to the Public Postal Operator save for its obligation as a collecting agent of Government.”

Other amendments made to the NIPOST Act 2004, was an amendment to clause 15 which deals with National Postcode System and Technical Standards.

The clause was amended to enable the public postal operator, subject to existing legislation, to enter into a Public-Private Partnership (PPP) or similar partnership to execute any of its mandates.

Senate amended sub-clause 3 to provide that the minister may, with the approval of the President at any time remove any member of the board from office on reasons of misconduct, conviction, infirmity or disease of the mind.