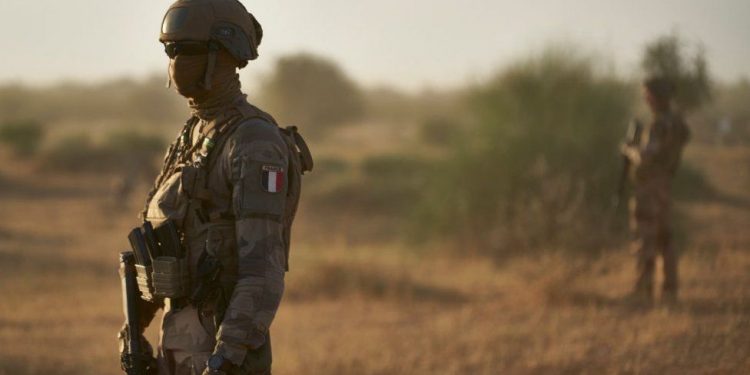 France is to scale down counter-terrorism operations in the Sahel region of West Africa after eight years, President Emmanuel Macron has said.

The existing 5,100-strong task force will be incorporated into a broader international mission, he announced.

French forces have been operating in Mali, Chad, Mauritania, Niger, and Burkina Faso to fight militants.

Militants linked to al Qaeda and the Islamic State (IS) group have strengthened their grip on the region, which has become a front line in the war against Islamist extremism.

It is also a major transit route for illegal drugs, weapons and jihadists.

“We will keep a counter-terrorism pillar with special forces with several hundred forces… and there will be a second pillar that will be co-operation, and which we will reinforce,” Mr Macron said during a press conference on Thursday.

He said those left in the region would work with other European nations as part of the Takuba Task Force which is fighting militants in the Sahel alongside the armies of Mali and Nigeria.

The drawdown of troops would take place in an “organised way” and details will be finalised by the end of June, the president said.

“France has been involved for a little over eight years in the Sahel,” Mr Macron said. “Many of our soldiers have fallen. I think of their families. We owe them consistency, clarity. We’re going to learn from what worked and also learn from what didn’t.”

Following the second Mali coup, Mr Macron told a French newspaper that he had told regional leaders that France would not support countries where there was no democratic legitimacy or transition, and that France had no intention of keeping its troops in Africa forever.

Moods are shifting in both the Sahel and France

This move follows on from the suspension of joint military operations with the Malian army following Colonel Goita’s second coup. But there is more to it than that.

In France, Mr Macron is already in campaign mode for the 2022 election and French public opinion is increasingly doubtful about the Sahel mission. Meanwhile the death of Chad leader Idriss Déby has reconfigured the Sahel and in Mali there is strong opposition to the French presence.

As a reminder, it was Mali which in 2013 called on France for assistance. But France now finds itself criticised for condemning the coup in Mali yet supporting the Chad army’s appointment of Idriss Déby’s son as the nation’s new leader, which Chad’s opposition parties have called an “institutional coup”.

Meanwhile Mr Macron says he cannot accept that Mali has decided to open a dialogue with the very jihadist groups that French forces in the country are fighting against.

Another Fake Soldier Arrested In Lagos