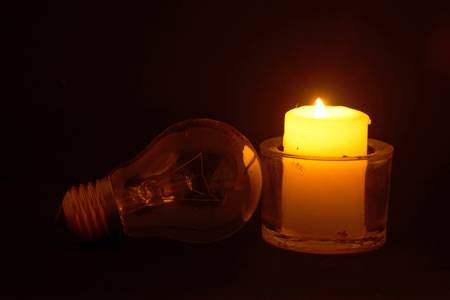 Residents of Westgate Estate in the Igboefon area of Lekki, Eti-Osa Local Government Area of Lagos State, have lamented staying for over one month in darkness due to the alleged mismanagement of the company in charge of the estate, Romax Properties Limited.

It was gathered that at least 90 residents had been in darkness for over a month after Romax Properties allegedly refused to comply with the instructions of the Eko Electricity Distribution Company over electricity billing.

The failure to comply led to the disconnection of all the residents from the estate’s power source by the EKEDC, but the estate management company was said to have refused to discuss with both the residents and the power firm, thus leading to the total blackout in the flats.

Residents said that the Chief Executive Officer, Romax Properties, Ugochukwu Orji, had been hostile to them and allegedly resorted to making uncouth remarks and issuing threats whenever they called for a meeting to address the problem.

One of the aggrieved residents, Henry Aluede, told our correspondent that the situation had forced him to be harvesting rainwater as the only source of clean water, adding that the firm had refused to listen to the parties involved.

He stated, “We got home four weeks ago to discover that electricity supply to about 30 apartments had been cut off by the estate management company. There are about 30 flats and duplexes in the estate. The issue started when the EKEDC suspected that it had been under-billing the estate. Its officials came around to examine the meter attached to the transformer. When their suspicion was confirmed, they started to bill us properly. There was an increment from the previous bill as a result of the discovery.

“The estate residents’ power supply isn’t directly from the EKEDC, but we all have prepaid meters. Romax Properties Limited has a meter on the transformer used to distribute power to all residents. The company buys the electricity units and resell them at an inflated price to the residents. We can’t pay like N10,000 and get N10,000 worth of electricity. But we always pay upfront

“The company wants us to pay for the increment in electricity tariff with claims that we were paying less than the new charge of the EKEDC, but that’s not true. We pay all utility bills upfront. When the company couldn’t meet up with the EKEDC’s new charge, the supply was disconnected. The company has left us in distress.

“The company’s CEO, Ugochukwu Orji, has refused to enter into dialogue with the EKEDC or the estate residents. All he does is threaten and insult us. We have no electricity or clean water. We now gather rainwater to wash and bathe.”

Another resident, Wasiu Lawal, said that the CEO allegedly asked residents to join hands with him to fight the EKEDC, adding that the company dared the power firm in a letter to disconnect electricity supply to the estate.

He stated, “The issue is beyond electricity. We received a communication sent by one Shola, the estate service manager, addressed to the EKEDC on May 25, 2021. When I called him to ask, he said they had a dispute with the EKEDC. The letter ended in a funny way, with the estate management telling the EKEDC that the estate was not connected directly, so we could pay to the power firm ourselves or it should totally disconnect the estate. In the afternoon, the EKEDC officials came to disconnect the estate. From that time to this moment, the problem hasn’t been resolved.

“We have made several attempts to reach the CEO to make him reconnect the power, because we are prepaid customer. We asked him to settle his issue with the EKEDC, but it didn’t happen. We begged him so many times, but he refused. He said we had to join him to fight the power firm. When we looked at what the EKEDC was billing him, we saw that the firm was right according to Nigerian Electricity Regulatory Commission’s guidelines. He refused to pay the EKEDC and has left us in darkness.

“The guy is trying to force himself on us to control the estate. Wastes are piled up everywhere. We have been battling dirty water for the past three weeks. We complained, but he has refused to do anything about our plight. It is unfortunate that there is no government agency we can report errant estate development companies to.”

When he contacted the EKEDC about the incident, the Public Relations Officer, Godwin Idemudia, said although the landlord had collected money from the residents, he refused to pay to the firm, adding that power would only be restored when Orji adhered to the firm’s guidelines.

“They operate a billed meter with internal vending. The estate owes about N3m and was disconnected for non-payment. The landlord, Chief Orji, complained about the bills and requested a meter integrity test, which was done and the result communicated to him. He wasn’t satisfied and requested that we install a new meter, which we declined.

“The residents have reached out to be opened up; we informed them that though they paid through internal vending, the money has not been remitted to the EKEDC. They were informed that they would have to pay 50 per cent of the debt and the balance in three instalments as the debt recovery policy allows before reconnection. Once this is done, we can revisit the possibility of individual metering.”

When contacted, Orji was not reachable on the telephone, as his phone rang out and he had yet to respond to a text message sent to his mobile telephone as of the time of filing this report.