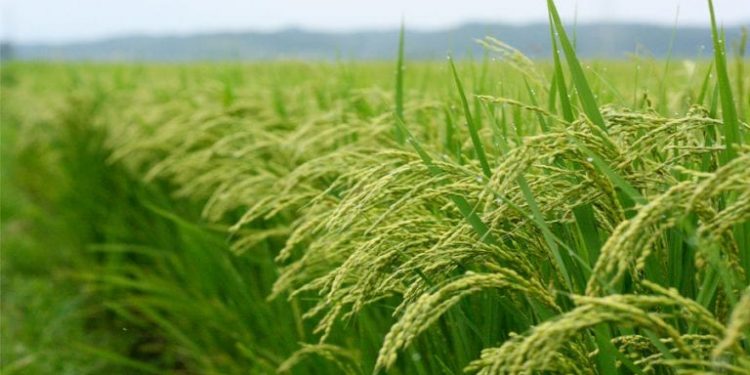 Nigeria’s Central Bank in partnership with the Rice farmers Association of Nigeria is set to distribute 27,000 metric tonnes of rice paddies directly to millers, nationwide, tomorrow, to help reduce the high cost of food prices in the Nigerian market.

A statement from the CBN on Tuesday said the direct allocation from RIFAN warehouses across 16 states of the federation was sequel to the earlier sale of paddy aggregated as loan repayment under the Anchor Borrowers’ Programme to millers from the rice pyramids unveiled in Niger, Kebbi, Gombe and Ekiti states.

The acting Director, Corporate Communications Department, CBN, Osita Nwanisobi, said Kaduna State had been selected as the key location for the paddy allocation exercise, which would be done simultaneously in the states that recorded the highest quality of rice harvests during the last farming season.

He said the new strategy was in line with the bank’s mandate of ensuring price stability and its focus of being a people-centered central bank.

He also expressed optimism that the allocation of the paddies would trigger a decline in the prices of rice in the Nigerian market, boost availability, and ultimately check the activities of middlemen seeking to create artificial scarcity along the supply chains.

The CBN recently unveiled pyramids of rice paddies in Niger, Kebbi, Gombe and Ekiti states, with the Federal Capital Territory, Ebonyi and Cross River slated for the same exercise in the coming weeks, the statement said.

According to the CBN, this is part of its contribution to ensuring self-sustenance in food production as well as food security in Nigeria.

It can be recalled that the CBN, working with relevant agencies, in January 2021, had triggered the release of about 300,000 metric tonnes of maize from strategic anchors under the ABP which forced down the prices of maize from N180,000 per metric tonne.