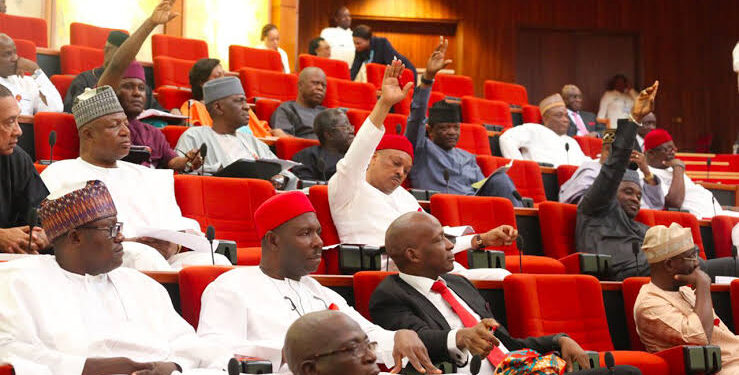 The Senate has summoned former managing directors of the Nigeria Social Insurance Trust Fund (NSITF), over alleged missing financial documents in the agency.

The former NSITF bosses are expected to appear before the Senate Public Accounts Committee on Tuesday.

The Chairman of SPAC, Senator Matthew Urhoghide, at the last meeting of his panel on Thursday, said 50 queries were issued against the NSITF officials by the office of the Auditor General for the Federation.

Urhoghide said the ex-NSITF bosses were being invited following the failure of the officials of the agency to respond to the queries of the AuGF regarding some alleged financial infractions.

He said, “Twelve out of the 50 queries of the Auditor General of the Federation so far reviewed by the committee revealed that N84bn had allegedly been misappropriated by some officials of the NSITF.”

Our correspondent who monitored the proceedings of the panel noted that officials of the agency could not produce documents regarding the financial transactions in contention.

They also informed the senators that the Economic and Financial Crimes Commission (EFCC) was already prosecuting some of the former managing directors of NSITF alleged to have been involved in the financial infractions.

The panel chairman however directed the agency officials to separate issues that they could produce documents for, from issues currently being handled by the anti-graft agency.

He said the former managing directors must appear before his panel to give account of what transpired under their administrations.

Urhoghide said, “We can no longer take excuses that there is no record for the mentioned financial transactions.

“Go back to your office and look for them and we are also inviting the former managing director of the NSITF. They are to appear before us on Tuesday.”

The chairman had said at the end of first day of investigative hearing that 12 out 50 queries investigated so far by the committee revealed that over N84bn might have been misappropriated within four years.

He further said that records from the AuGF indicated that the management of the NSITF and the board allegedly colluded between 2012-2017 to carry out the alleged infractions.

One of the queries said the audit observed that the Fund had been implementing a salary structure that is not approved by the National Salaries, Income and Wages Commission.