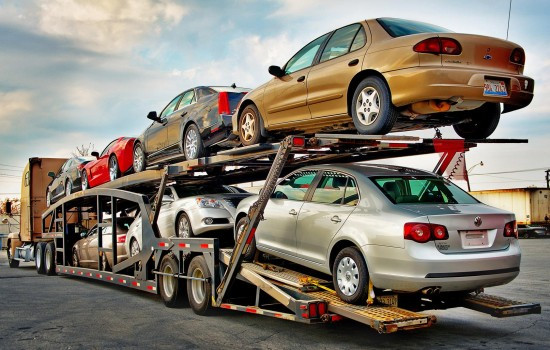 Clearing agents have again abandoned vehicle clearance at the Tincan Island Port, Lagos State, due to confusion over the unresolved issue of the 15% National Automotive Council (NAC) Levy.

The action, which will worsen the congestion problem at the ports, appears to be the escalation of the dispute between the clearing agents and the Nigeria Customs Service (NCS), which the former had described as an obnoxious policy.

According to NAN, this disclosure is contained in a statement issued by the President of the National Council of Managing Director of Licensed Customs Agents (NCMDLCA), Mr Lucky Amiwero, in Lagos on Thursday.

Amiwero revealed that clearing agents had suspended vehicle clearance at Port and Terminal Multiservices Limited as well as Five Star Terminal at the Tincan Island Port.

Describing the CET as alien, the NCMDLCA President said, “The shifting from NAC Levy to CET, both 15 per cent, by the NCS, contravenes the principle of World Customs Organisation, Kyoto Convention on the Simplification and Harmonisation of Customs Procedure.

“It also contravenes the World Trade Organisation under the Agreement on Trade Facilitation Agreement which core principle is predictability, consistency and transparency on trade information, fees and charges imposed in connection with importation and exportation.’’

He said that this confusion has given rise to the accumulation of demurrage and rents for many vehicles that had been abandoned at the port, expressing worry that the situation would create bottlenecks to revenue collection and constitute an  impediment to trade.

Amiwero said that the only approved levy for motor vehicles of 8703 cars is 5% which, he said, was legislated on by the National Assembly and signed into law by the president.

He said, “CET Levy of 15 per cent on motor vehicles is not backed by any law or approved in the Finance Act of 2020 and 2021 and not provided for in any law of the land.

“There is no such thing as CET Levy of 15 per cent either on motor vehicles or goods.

“The only approval is on ECOWAS Trade Liberalisation Levy (ETLS) of 0.5 per cent; so, the introduction of CET Levy is strange to our domestic law and the ECOWAS Convention on Import Duties and Levies Assessment and Collection.”

A lot of controversies have trailed the introduction of the 15% NAC levy by the NCS as the clearing agents and motor dealers have kicked against it.

The NCS had earlier reviewed the duty on imported used cars from 35% to 20%, but went further to add another 15% NAC levy, which enabled the agency to regain the 15% from the former import duty on vehicles.

Vehicle importers will still have to pay 20% import duty plus 15% NAC levy, amounting to 35%
Recall that earlier in April, the Association of Nigerian Licensed Customs Agents (ANLCA) threatened to embark on strike action over the 15% NAC levy.

The clearing agents are frowning at the fact that the NAC levy which they described as a fraud and an obnoxious policy, has to be paid for used vehicles.

Apparently bowing to pressure, the NCS withdrew the controversial NAC levy on imported used vehicles, though retained its 15% add-on tariff.
However, the replacement of ‘NAC’ with ‘levy’ has triggered a fresh uproar among clearing agents.