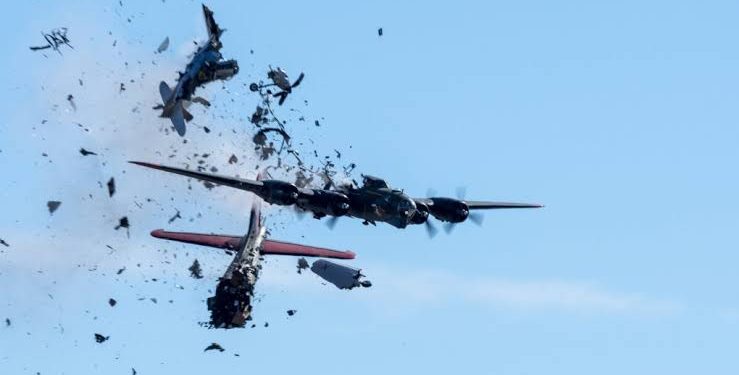 “We can confirm that there are six (fatalities),” a spokesperson for the Dallas County Medical Examiner’s office told CNN in a phone call.

More than 40 fire rescue units responded to the scene after the two vintage planes — a Boeing B-17 Flying Fortress and a Bell P-63 Kingcobra — went down during the Wings Over Dallas airshow.

In video footage of the crash that was described by Dallas’ mayor as “heartbreaking,” the planes are seen breaking apart in midair after the collision, then hitting the ground within seconds, before bursting into flames.

Here are the latest developments as investigators from the National Transportation Safety Board are due to arrive at the scene Sunday.

What we know about the crew members killed

The Federal Aviation Administration said the crash took place at around 1:20 p.m. Saturday.

The Allied Pilots Association — the labor union representing American Airlines pilots — has identified two pilot retirees and former union members among those killed in the collision.

Former members Terry Barker and Len Root were crew on the B-17 Flying Fortress during the airshow, the APA said on social media.

“Our hearts go out to their families, friends, and colleagues past and present,” the union said. The APA is offering professional counseling services at their headquarters in Fort Worth following the incident.

The death of Barker, a former city council member for Keller, Texas, was also announced by Keller Mayor Armin Mizani on Sunday morning in a Facebook post.

“Keller is grieving as we have come to learn that husband, father, Army veteran, and former Keller City Councilman Terry Barker was one of the victims of the tragic crash at the Dallas Air Show,” Mizani wrote.

“Terry Barker was beloved by many. He was a friend and someone whose guidance I often sought. Even after retiring from serving on the City Council and flying for American Airlines, his love for community was unmistakable.”

A 30-year plus veteran of the Civil Air Patrol’s Ohio Wing, Maj. Curtis J. Rowe, was also among those killed in the collision, Col. Pete Bowden, the agency’s commander, said on Sunday.

Rowe served in several positions throughout his tenure with the Civil Air Patrol, from safety officer to operations officer, and most recently, he was the Ohio Wing maintenance officer, Bowden said. Rowe’s family was notified of his death Saturday evening, the commander added.