by The Lagos Today
in Politics
4 min read
0
0 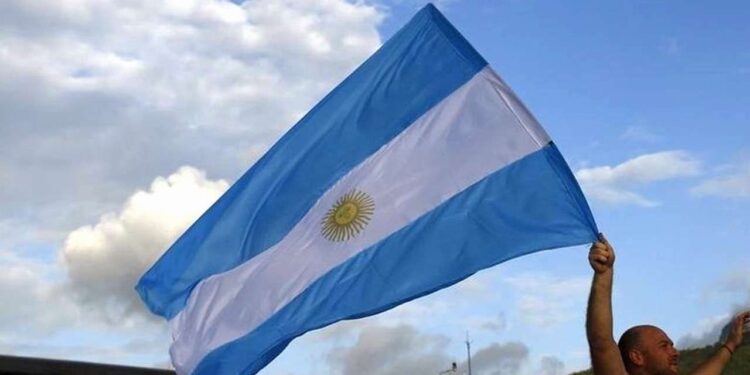 At the time of the May Revolution, the Malvinas Islands –which had been disputed between Spain, France and Great Britain in the 18th Century- were under the sovereignty of the Spanish authorities, which had an exclusive, effective and uninterrupted possession, unchallenged by Great Britain or any other foreign power. As successor State of Spain, those sovereignty rights passed on to Argentina.

The Spanish presence on the Islands came to an end on February 13 1811, when the last Governor of Malvinas during the viceroyalty times withdrew from the Islands, in the context of the conflict with Buenos Aires’ Primera Junta.

In spite of the Spanish withdrawal, the Malvinas Islands did not remain unoccupied or forgotten. A fluid circulation of goods, capitals and people continued to develop with the archipelago, thanks to its natural resources: sea lions and elephant seals, whales and wild livestock. British, North American, French and Argentine ships exploited those resources and used the islands’ and continent’s shoreline for docking, hunting and dressing stations. These activities drew the attention of Buenos Aires’ authorities, which, since 1813, had issued fishing permits, established regulations to prevent the depredation of resources and controlled the establishing of any permanent settlement in the region.

It is in that context that the raising of the national flag and the presence of David Jewett, a United States’ national at the service of the Argentine Navy, gains special relevance.

Since the outset of the independence process in Latin America in 1810, the new national governments had to fight the royalist power that opposed them from sea and land. David Jewett, as many other North American and European sailors, would join the fight at the service of the United Provinces, until 1817.

In January 1820, the Supreme Director of the United Provinces, José Rondeau, named David Jewett as ‘Army colonel at the service of the navy’, with all the attributions and prerogatives it entailed. He set sail on January 20 towards the South Atlantic in command of the frigate “La Heroína”, which was recognized by the Argentine government as a state warship.

By the end of October 1820, ten harsh months later, he reached Puerto Soledad in the Malvinas Islands, where he found vessels of different origins that called at that port temporarily as part of their hunting and fishing trips in the region.

On November 2nd, Jewett sent the other captains a circular informing them that he had been commissioned by the Government of the United Provinces to take possession of the archipelago and invited the other captains to meet him. He also pointed out that, in compliance with the rules set out by the authorities of Buenos Aires, he would seek to prevent the destruction of the Islands’ resources. On November 6th 1820, a ceremony was held where Jewett took possession of the Islands. According to witnesses like British captain James Weddell –who comments on it in his famous ‘A voyage to the South Pole (1822-1824)- and Frenchmen Louis Freycinet, colonel Jewett raised the Argentine flag, read a proclamation and fired 21 cannon shots in the name of the government of Buenos Aires, before the crews of the ships anchored at Puerto Soledad.

Three days later Jewett delivered to the captains present a circular in which he gave an account of the taking of possession of the Malvinas Islands on behalf of the Supreme Government of the United Provinces of South America, and of his willingness to act with justice and hospitality towards foreigners, also requesting that this information be communicated to other vessels.

The circular had a great repercussion in the international press. On August 3, the British newspaper The Times published an article in which it presented Jewett’s act as an act of sovereignty, as did the newspaper El Argos de Buenos Ayres in November.

While news of the events that took place in the Malvinas Islands continued to spread, Jewett stayed on the Islands for several months. He exercised his authority during his stay and until February 1821, when he requested the authorities of Buenos Aires to relieve him of his command. Guillermo Robert Mason was appointed as the new commander of La Heroína.

The solemn taking of possession of the Malvinas Islands was an official and public act which demonstrated the effective exercise of Argentine sovereignty -inherited from Spain-, received wide attention and was not contested by the United Kingdom (nor did it do so in 1825, when it recognized the United Provinces of the River Plate as an independent State by means of the Treaty of friendship, trade and navigation), or any other foreign power. This significant act is a fundamental link in the long chain of measures that, beginning with the first national government and ending with the forced removal of the Argentine authorities from Puerto Soledad in January 1833, demonstrate the young Argentine State’s continued and effective occupation and exercise of sovereignty over the Malvinas Islands.

This usurpation, which took place in times of peace, without a declaration of war, has never been consented by Argentina. Since then, and for the following 187 years, different Argentine governments have permanently claimed for the restitution of the full exercise of sovereignty over the Islands.

The international community’s support has been fundamental in this claim. The unanimous and early pronouncement of the Latin American countries in favor of the Argentine position was followed by those of other regional groups, as the international community organized in different multilateral forums. This support allowed the United Nations to adopt different resolutions directly or indirectly related to the Malvinas Question, which comprises the sovereignty dispute over the Malvinas Islands, South Georgias and South Sandwich Islands and the surrounding maritime areas. 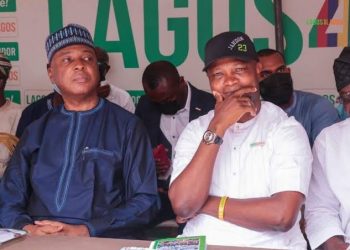 Peoples Democratic Party (PDP) will formally absorb Lagos4Lagos Movement, one of the dissident groups in the Lagos State chapter of...